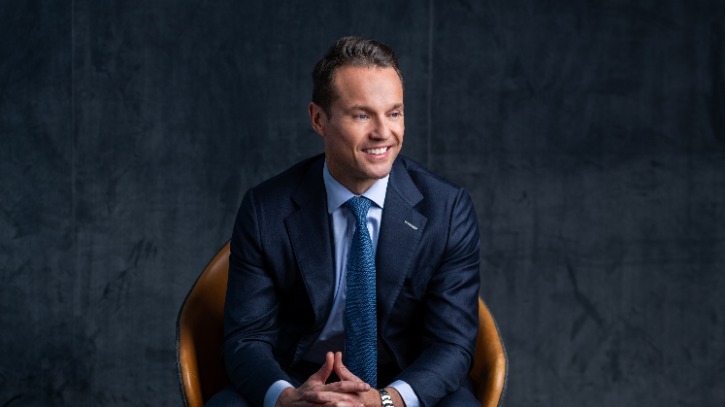 India is next to China in becoming a powerhouse in the region.

More office space will be required in Asia Pacific over the next ten years than the previous decade, despite the challenge from work from home arrangements, forecasts Cushman & Wakefield CEO for Asia Pacific, Matthew Bouw.

A total of 1.35 billion square feet of office space is projected to be required in the next decade across the Asia Pacific region, a 66% increase from the 800 million absorbed by corporate occupiers over the last decade.

It's a phenomenal figure especially when you consider just how busy the region’s skylines have been with construction cranes over the past decade. And they're bound to be busier in the next.

“55% of the office construction worldwide is in APAC and construction is already underway. From now till end 2024, we are anticipating an average of 120 million square feet of office space to be built each year,” Bouw said.

Demographics, economics and other factors which are impacting the office sector will also drive activity across all real estate asset classes this decade.

Across the world, 1.94 billion square feet of Grade A offices were added between 2010 and 2020. From that figure, APAC had the largest share at 42%. Bouw said that this is larger than the Americas and Europe.

“All of those trends in our Asia on the Rise report - population growth, GDP growth, middle class consumers, working age population, growth in knowledge workers - will have an impact on office demand.  The world is forecast to require 2.1 billion square feet of office this decade and of that, 65% will be in APAC.”

Bouw said that the growth of the real estate sector in APAC until 2030 will generally be driven by the projected growth of the country economies within the region.

“If you think about the world economy between now and the end of the decade, it is going to grow from US$87 trillion to about US$114 trillion. Asia Pacific is going to lead the growth,” he said.

Leading this growth are three primary areas in APAC: China, India, and the Association of South East Asian Nations or ASEAN.

“The Chinese economy is forecast to grow by about US$8 trillion by the end of this decade. That equates to 59% growth in the Chinese economy, growing from about US$14 trillion to US$22 trillion. That is the equivalent of adding the economy of France three times over,” he said.

“Contrasting it to the US, the US economy is estimated to grow 25% in that time. As a result, the Chinese economy is quickly catching up to the US as the world's largest economy,” he added.

India is seen to improve in the next decade, alongside ASEAN countries such as Indonesia, Vietnam and the Philippines.

“India is currently ranked the seventh largest economy in the world. By the end of the decade, it will ascend to be the fourth largest economy, forecast to grow by an astonishing 67%,” Bouw noted.

“The third powerhouse economy is ASEAN that is made up of a bloc of 10 countries with fast-growing South East Asia economies like Indonesia, Vietnam, and the Philippines. This bloc has a total population of 667 million and its GDP is forecast to grow at around 4.6% per annum over the course of the decade,” he added. “This is impressive when you compare the forecast annual GDP growth for EMEA is 1.6% and the Americas at 2.1% for the same period.”

India as the next big powerhouse

Bouw highlighted India as one of the more promising countries that is likely to grow rapidly in the next decade. Whilst China will still lead by a large mile, India is projected to become the third biggest contributor to growth in the APAC region, after China and Japan.

“Blackstone is one of the largest owners of Grace A office space in India, with an estimated 125 million square feet. This is a good leading indicator of what is happening in the Indian economy,” he said.

“One of the areas that gives investors a greater level of confidence is around the regulatory reforms in India. They put in place bankruptcy laws and the Real Estate Regulation Act (RERA) to help regulate real estate,” he added.

Just in the last two years, Bouw said that large global institutional investors such as Blackstone and Brookfield have kicked off the first ever real estate investment trusts (REITs) in the Indian market. This shows India becoming a more mature real estate market.

“An important stat for investors is the ease of doing business index and India’s position has improved by 79 places over the last 5 years,” he said.

“On the corporate side, companies like IBM and Microsoft have big footprints in India which includes global capability centers - BPOs, R&D and innovation,” he added.

Real estate activity will be driven by the growth in middle class in Asia Pacific.

There are currently 7.8 billion people in the world, 3.7 billion of those are classified as middle class and of that, 2 billion or 54% are based in Asia the region. Based on the forecast growth in the middle class, 89% is going to come from this region. This decade, 2020 to 2030, the world will add around 1.67 billion middle class consumers, of which about 1.5 billion will be in APAC.

“So, what does that mean? Fundamentally, across all real estate asset classes, whether it is office, retail, industrial, logistics, hotels, residential, you are likely to see significant growth in demand over the course of this decade.” Bouw noted.