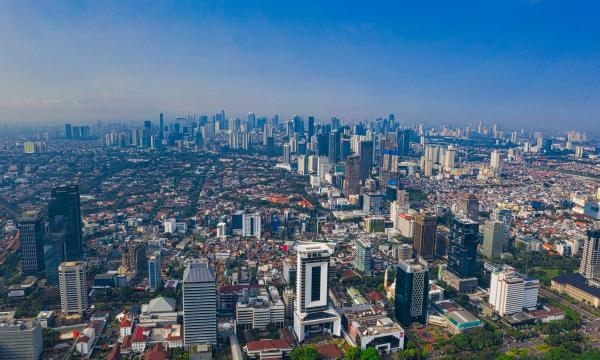 How will Biden's US presidency impact the APAC real estate market?

Andrew Haskins, Executive Director, Research, Asia, commented: “The most obvious implications of Biden’s victory in the US presidential election for APAC lie in trade relations, notably regarding China, the largest economy in the region and the second largest globally after the US. The expectation of further easing of trade tensions, coupled with China’s rapid recovery from the COVID-19 recession, explains why, so far, there has been very little sign that US groups or other large foreign enterprises are considering relocating away from greater China.

We expect the trend for multinational corporations (MNCs) to pursue a ‘China + 1’ strategy to persist; however, with the US approach to trade policy likely to be less confrontational under Biden, the trend away from China is unlikely to accelerate. In addition, progress on climate change will be a common policy agenda between China under President Xi and the U.S. under Biden, since both have proposed ambitious carbon neutrality targets.”

US-China trade tensions have potential to ease over time

Even though Biden is by no means a pure free trader, he has pledged to repair relations with traditional allies in order to work jointly to pressure China to change its trade policies. Threats of tariffs against perceived allies in the APAC region, such as Japan and India, will presumably disappear quickly under Biden. Most tariffs on Chinese goods may remain, but Biden has said he will quickly lift tariffs on agricultural products.

Over time, the prospect of a general easing of trade tensions should improve foreign and domestic business confidence in most markets in the region, including China. Looking further ahead, Biden has an ambitious climate policy agenda that sets 2050 as a deadline for the US to achieve net-zero greenhouse gas emissions.

Over time, Biden may therefore be more willing to lift tariffs on Chinese goods to secure cooperation on global climate policy. Importantly, China shares Biden’s goal of acting over climate change: President Xi has set a target of 2060 for China to achieve carbon neutrality.

Trade tensions between the US and China have already moderated since last year as the US has lifted certain tariffs. This easing of tensions, coupled with China’s rapid recovery from the COVID-19 recession, explains why there has been very little sign so far that US groups or other large foreign enterprises are considering relocating away from greater China.

With the US approach to trade policy likely to be less confrontational under Biden, we expect most MNCs to maintain their presence in China, given high long-run growth prospects. There has been evidence of large enterprises “reshoring” some industrial production to markets outside of China, both developed and emerging, and certain large industrial groups have adopted a “China + 1” strategy with supplementary production operations in another market.

This trend may persist and should boost demand for industrial and office space in markets like India, Vietnam, Taiwan and Japan. However, under Biden the shift away from China is unlikely to accelerate. There is a question about South Korea’s potential to attract investment by foreign enterprises under Biden.

Continued détente ought to attract greater investment to South Korea, and Biden will hopefully assign the same importance to relations between the two Koreas as Trump. Biden has already pledged to keep pressing for denuclearisation and a unified Korean peninsula.

Likely fiscal stimulus in the US under Biden may depress the US dollar over time. This would reduce the competitiveness of US-dollar-domiciled funds in APAC, potentially restricting their activity to higher-yielding assets. By further easing trade tensions, Biden’s victory should also add to upward pressures on the Chinese renminbi, which has appreciated significantly in 2020.

Chinese capital actively targeted other APAC markets over 2017 and early 2018 during a period of renminbi appreciation. If the renminbi continues to strengthen, Chinese capital will potentially start targeting other APAC property markets again. There have already been signs of mainland Chinese demand returning to Hong Kong SAR in recent months, despite slow overall market momentum. Looking ahead, Chinese investors may spread their interest to the rest of the APAC region again, including traditional destinations like Australia.

Biden has stated that under his leadership the US will rejoin the Paris accord and future agreements as part of an ambitious climate policy agenda. This sets 2050 as a deadline for the US to achieve net-zero greenhouse gas emissions in line with the UK and the EU – and not very different from China’s target year of 2060. If Biden’s victory accelerates progress on climate change, the incentive for developers to adopt high “green” standards will grow.

This may cause substantial near-term retrofitting costs for owners of existing buildings. However, large occupiers may start to concentrate leasing in energy-efficient buildings, while property investors are likely to assign a premium to such assets given increasing attention to environmental, social and governance (ESG) considerations.

Click here to download A Tale of Two Outcomes – Part 2: The US Election Result and Implications for Global Real Estate.