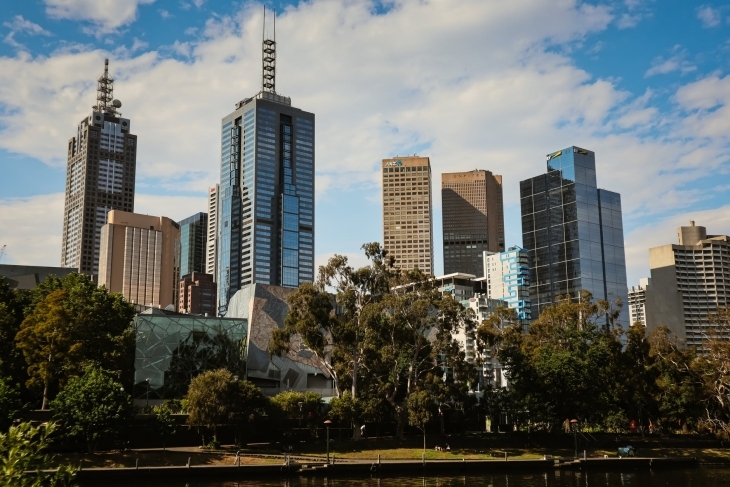 Meanwhile, Vietnam and Japan attract investors in the logistics sector.

Property markets across Asia Pacific continued to build on the recovery from the previous quarter as economies across the region gained momentum, according to Colliers’ Asia Pacific Market Snapshot Q4 2020 report.

Australia, China, Korea and Singapore saw a significant rebound in investor interest in the office sector, while the logistics sector stood out in markets like Japan and Vietnam according to the report, which examines the previous quarter’s property market performance in 19 Asia Pacific markets, and provides forecasts for the current and upcoming quarters.

“Investor confidence in the region grew in Q4, boding well for the market’s prospects in 2021,” Terence Tang, Managing Director, Capital Markets & Investment Services, Asia at Colliers International, said. “Markets like Vietnam and Taiwan continue to reap the benefits of their success in limiting the effects of COVID-19. As more markets see employees return to their workplaces in the coming months following extended lockdowns, we expect a resurgence in the office segment, while the ongoing growth of e-commerce will drive demand for logistics assets. Overall, we expect the upward momentum to continue as investors prepare to make the most of an improving business environment.”

John Marasco, Managing Director, Capital Markets & Investment Services, Australia & New Zealand at Colliers International, noted: “As Australia’s strong economic recovery has been accompanied by the lifting of lockdowns in major cities, we expect to see growing interest in acquisitions, including from overseas investors, in the office segment across major markets like Sydney, Melbourne and Brisbane in Q1, which is usually a relatively quiet period. New Zealand’s economy also continues to improve and, while uncertainties remain, investors are increasingly looking through the disruption and returning to the market.”

Steve Atherton, Head of Capital Markets & Investment Services Colliers International Indonesia mentioned, “The biggest success story during COVID-19 has been landed housing, especially for affordable houses priced under IDR1 billion. Among the bright spots for investment demand right now are logistics facilities and data centres, but the availability of assets for sale is very light. The bigger opportunity now is in new development in this space – for operators and developers to build new facilities for end-users. Later, we expect these developers and owners to divest and recycle their capital, but this process will take time.”

Australia, New Zealand look forward to an active Q1
The Australian economy consolidated its recovery in the fourth quarter after emerging from a recession in Q3, encouraging spending by local governments, which will help further lift market sentiment. While investors remain interested in core assets leased to quality tenants, focus on the office sector is expected to intensify in key markets such as Sydney, Melbourne and Brisbane as employees return to their offices following extended lockdown periods. In New Zealand, which performed better than anticipated in early 2020, expectations are growing of border restrictions being progressively relaxed in 2021. With interest rates staying low, we expect to see growing competition for a limited supply of assets.

Investors focus on business parks, industrial space in China
In markets across Western and Southern China, demand was fuelled by government incentives for the development of R&D facilities and hi-tech industrial and business parks. In Shanghai, 79% of the total transaction volume in Q4 involved offices. With new Grade A office and business park supply forecast to peak in 2021, we believe the coming months will provide a window of opportunity for investors in key markets like Beijing, which saw three office transactions in Q4.

Logistics demand continues unabated in Japan
The ongoing worldwide boom in e-commerce has helped drive demand in Japan’s logistics segment. With urban centres like Tokyo and Osaka suffering from a lack of fresh supply and modern facilities – old stock makes up over 90% of total logistics capacity – and demand set to stay firm, we expect rents to rise across Japan, especially in locations closer to metro areas.

Seoul office market posts a strong finish to 2020
The purchase of Parc1 Tower II by Singapore-based ARA Asset Management for KRW1 trillion (USD900 million) marked the biggest office acquisition in 2020 in Seoul. The deal came on the back of another landmark transaction in Q3 – which recorded the highest unit price of any transaction in Korea – and heralds a period of intense competition fuelled by ample liquidity that will see asset managers rushing to sell. Buildings that can generate stable rental income will continue to be sought after.

Singapore market regains vibrancy
Singapore’s office sector outperformed in Q4 with a total transaction volume of SGD14.04 billion (USD10.25 billion), most of which resulted from the successful completion of a merger between CapitaLand Mall Trust and CapitaLand Commercial Trust. The residential and retail sectors also saw higher activity levels as developers acquired land for new developments and investors turned to shophouses for their ability to offer capital preservation and stable rental income. With Singapore expected to gradually reopen its borders in 2021, the new year should bring renewed interest from local, as well as foreign, investors and developers.

Hong Kong government move buoys market
In November 2020, the Hong Kong government announced the elimination of the Double Stamp Duty (DSD) on commercial property transactions. The move had a bracing effect on the market, nearly doubling the number of office transactions (up 98%) over the previous quarter, while retail sector deals climbed 187%. The government’s move should help local developers better cope with the fallout from COVID-19 and uphold confidence in the long-term outlook for the city’s property market.