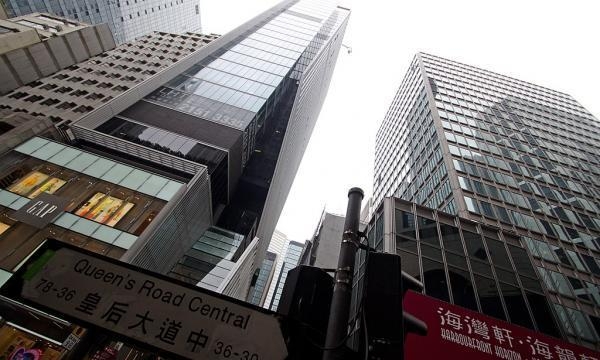 Mumbai and Hong Kong recorded the most declines of 5.5% and 4.1%, respectively.

The last quarter of 2020 turned out as many had expected for the Asia-Pacific office markets as most of the major regional economies ended the year in recession, and many occupiers started tore-configure their office footprints more efficiently while landlords shifted their strategies to preserve occupancies at the expense of asking rents.

For Q4 2020, Knight Frank’s Asia-Pacific Prime Office Rental Index fell 0.8% quarter-on-quarter, led mainly by Mumbai and Hong Kong which recorded declines of 5.5% and 4.1% respectively during the same period. On an annual basis, the overall index was down 4.9% year-on-year, while vacancy rose 0.8% to 13.4% on continued new supply additions and muted demand.

Going forward, while vaccine optimism has generally boosted economic growth expectations across the region, the uncertainty created by recent infection resurgences, which has put some markets back into lockdown, could act as a deterrent for occupiers and potentially hamstring any recovery momentum built up towards late last year. As such, we forecast rents to decline between minus 3 to 0% in 2021.

Occupier demand in 2020 across India’s Tier 1 office markets was expectedly weak given the near standstill of activity in H1 2020. As such, rents in Q4 2020 contracted quarter-on-quarter across the key markets of Bengaluru (-4.0%), NCR (-1.0%) and Mumbai (-5.5%). However, things are starting to improve with a resurgence of transactional activity with 17.5mn sqft in volume done, up 274% quarter-on-quarter, for Q4 2020 across the eight major cities we tracked; highlighting the potential re-initiation of expansion plans by firms which should act as a floor to further rental declines. Particularly in Bengaluru, the largest office market in the country, transactions jumped by 459% quarter-on-quarter during the period, as global technology majors and other large corporates, who are taking a strategic long- term view on their office occupancy plans, made forward commitment for office space which is yet under construction.

Kuala Lumpur’s office rents fell 2.8% quarter-in-quarter in Q4 on weaker office demand as occupiers reviewed and or postponed their real estate decisions to maintain a balance between driving top line growth while aiming to maximise operational cost efficiencies. The weaker demand also reduced the market’s occupancy rate by 0.7% to 74% during the quarter. Major news highlights during the period was Merdeka 118, slated to be the second tallest tower in the world upon completion, announcing a 6-month delay to its Phase 1 and 2 completion from end- 2021 to H2 2022. Going forward, Kuala Lumpur’s office market is expected to remain challenging this year as the market continues to grapple with a new lockdown and a recent resurgence in infections. However, integrated developments with MSC buildings as well as transit-oriented assets are expected to fare better.

Tokyo’s office rents fell 3.1% quarter-on-quarter, bringing the full year decline to 2.9% year-on-year, marking the sector’s first annual decline since 2016, and overall market vacancy rose 0.5% to 1.3% at the end of period; this was driven mainly by the soft demand brought on by the pandemic as occupiers halted their expansion plans and vacancies inched upwards on relocations by smaller firms seeking cheaper locations. Overall, despite this soft patch, Tokyo’s office market has shown resilience by weathering the pandemic over the past year. But with Japan currently battling a fresh infection wave at the start of 2021, we remain cautiously optimistic that a recovery will appear this year.

The office markets across the Chinese Mainland showed further signs of strengthening in Q4 2020 with average rents across its Tier 1 cities only falling 1.0% quarter-on-quarter, despite challenges of oversupply facing several key cities, which was a deceleration from Q3’s 1.3% decline.Among the Tier 1 cities, Guangzhou was the relative outperformer with a 0.6% rental decline during the period following government policy initiatives aimed at transforming the city and its wider region into the main business hub for Southern China. Going forward, with China’s economy well on its road to recovery, there are potential upsides to rents especially in the Greater Bay Area in 2021.