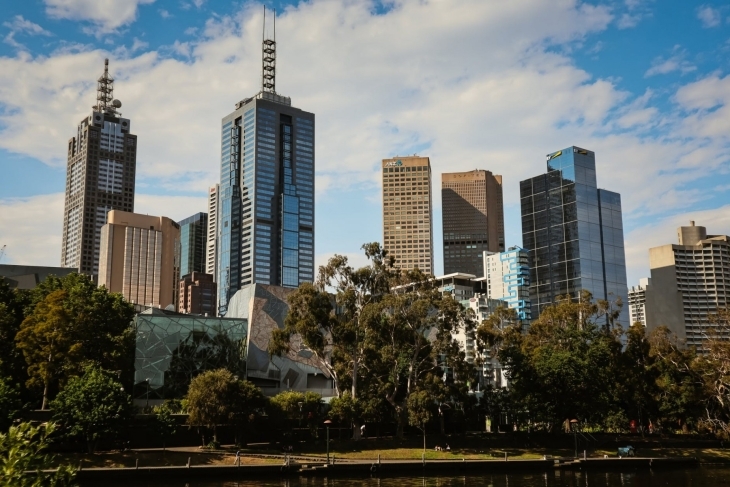 The Australian Industrial & Logistics sector is expected to remain 2022’s dominant asset class: in Sydney 35% of all investment is expected to flow into this sector, says Paul Craig, CEO of Savills Australia and New Zealand.

“Surprisingly, the office sector has proven to be resilient through the pandemic. Capital values have sharpened in the last 12 months, a result of how Australia handled the COVID-19 pandemic, which ultimately increased investor confidence in the office sector. This was solidified through the sale of Brisbane’s 'Gold Tower' at 10 Eagle Street for $285,000,000 highlighting the continued investor confidence in core real estate investments across Australia. The sale was transacted by Savills and marks the largest office asset sale in the Brisbane CBD this financial year.

The performance of the office sector was further highlighted by the sale of a 33% interest in 1 Bligh Street to Sydney to Mercatus in their first direct property acquisition, a transaction which was also negotiated by Savills during the pandemic.

“The demand for core office stock has continued into 2021 with Savills being appointed to sell a 50% share in 200 George Street Sydney. The campaign saw strong involvement from offshore investors who are optimistic in Australian office fundamentals and see relative global value in core office cap rates, in comparison to other developed cities. With a significant spread between property yields and 10-year bonds, and the cost of debt being at historical low levels, an argument is presented for further cap rate compression for core, defensively positioned office assets.

In fact, the Savills Impacts research report predicts that offices will be the most popular global investment sector and while Logistics will go from strength to strength, Mr Craig sees no reason as to why office in Australia will not follow these other geographies as an asset class of choice, especially when Savills Australia has already seen notable deals (as at June 2021) equate to a total of AU$1.26bn (10 Eagle Street, Brisbane for $285,000,000; 1 Bligh Street, Sydney for $395,000,000 and 200 George Street, Sydney for circa $580,000,000).

“Australia has secured a safe haven status for investment being the only G7 National that has recorded GDP growth relative to pre-pandemic GDP which encourages further demand from offshore capital.  In addition to GDP growth, Australia is one of 9 economies globally to have a AAA ‘stable’ S&P credit rating, fuelling further investor confidence. As at June 2021, offshore investment into Sydney and Melbourne is approximately 61% of total volume, with Canada, Singapore and US being the top 3 countries of origin. We see this offshore demand continuing into 2022.”

Mr Craig went on to say “Retail demand in 2022 is expected to be driven by existing domestic institutional owners rather than offshore groups. This can be attributed to the more intensive nature of shopping centre management that favours those institutional owners with established management platforms and ownership portfolios. The risks which appeared in 2020 have not carried over to 2021, with rental streams bouncing back to near normal levels and overall consumption increasing.

“The vast majority of Office Leasing demand is ultimately being fuelled by the deals on offer for tenants, this is allowing tenants to upgrade both their building and fit out creating a new environment for their staff.

In NSW, The SME market is taking full advantage of this through new direct deals within quality fitted out space and long-term subleases where the fit out is quality.

“A key indicator of business confidence within the market is the amount of 5 + year leases being entered into. Where required, landlords are upgrading their lobbies and facilities within the building ensuring they can capitalise on the current demand as well as positioning themselves to retain their existing tenants.

Face rents are holding which is good news for capital values and in many instances down time assumptions are being outperformed due to fit outs being in place and the pent-up demand story resulting in shorter lead times”.