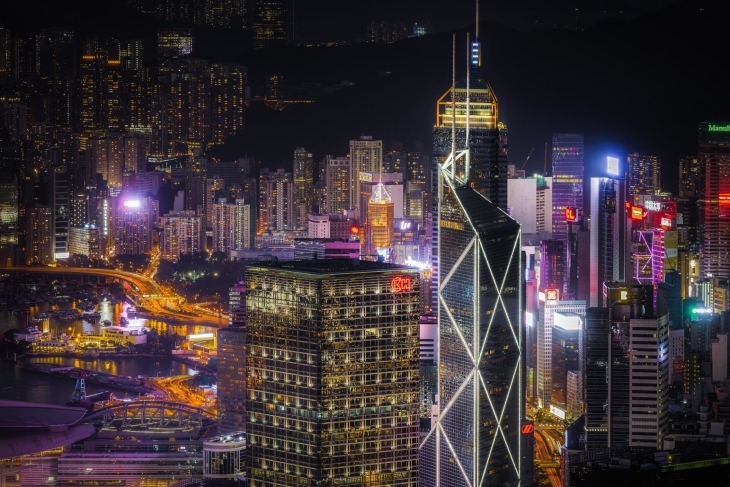 Knight Frank has released its Asia-Pacific Prime Office Rental Index for Q1 2021. The index saw a 1.2% quarter-on-quarter decrease, and a 5.5% year-on-year decline, led by large office markets such as Tokyo, Hong Kong and Bengaluru. While office market conditions are expected to remain soft for most of the year, the rate of rental decline is expected to decelerate as economic conditions improve and landlords are expected to rein in rental incentives that were previously on the table last year.

Of the 22 cities tracked by the index, 8 recorded either stable or increased rents in the past quarter, as compared to 10 in the previous quarter.

Hong Kong SAR saw prime office rental rates decline by 2.7% quarter-on-quarter, a deceleration from the 4.3% drop in Q4 2020. Signs of economic recovery and expanded quarantine-free travel for Hong Kong residents returning from Mainland is expected to drive a revival in the office leasing market.

Knight Frank forecasts the decline in rents to decelerate this year, with overall rents expected to decline no more than 3%, compared to the 4.8% decline seen in 2020.

Tim Armstrong, head of occupier services and commercial agency, Knight Frank Asia-Pacific, said, “Even though economies across Asia-Pacific are on the mend, office market environments during the quarter remain challenging as leasing activity remains low and re-occupancy has been slow, keeping conditions largely tenant favourable.”

Christine Li, head of research, Knight Frank Asia-Pacific, said, “Practically, every occupier is rethinking its real estate footprint regionally, and the spaces they decide to keep will need to be productive and efficient. While the office market recovery is on the cards, the downside risk hinges on how well countries tackle the resurgence of the new variants of COVID-19, while keeping the economy as open as possible. Business resilience has become the top priority for major occupiers, and landlords and building owners need to innovate to help prepare their real estate portfolio to respond more rapidly and efficiently in future.” 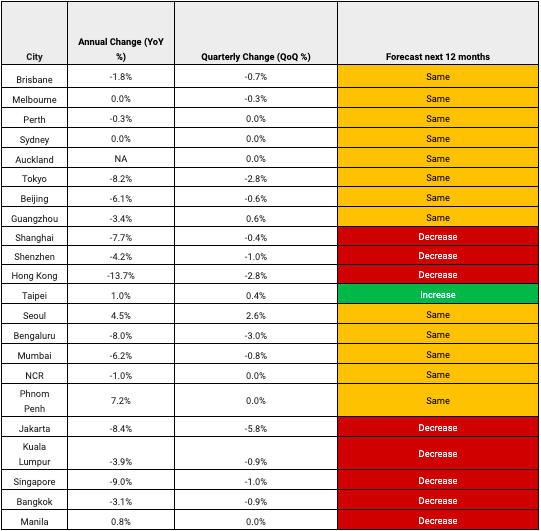