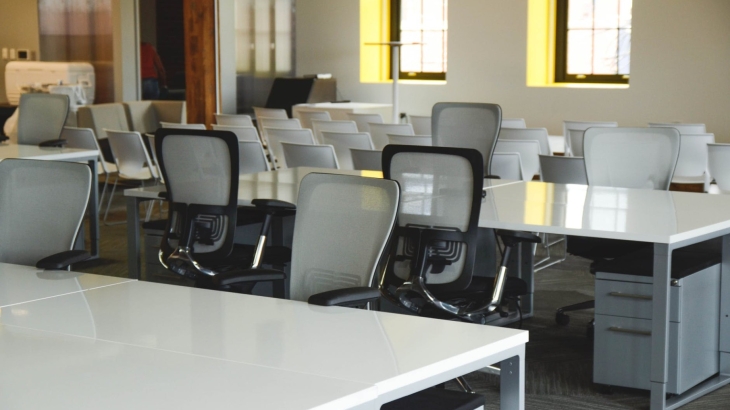 One-fifth of the transactions were term renewals.

Gross office leasing in Delhi NCR increased significantly by 40% to 2.48 msf in the third quarter of 2021. According to Cushman & Wakefield, 21% of these leasing transactions were for term renewals, including those from big IT-BPM companies.

“Pre-commitments accounted for 5% of the quarterly leasing activity, all of which were by large flexible workspace operators. COVID-induced changes in the way both large and mid-sized corporates intend to work are compelling large co-working players to lock-in spaces that are due for completion,” added Cushman & Wakefield.

IT-BPM was the leading demand driver during Q3 with a 23% share in gross leasing while professional services and flexible workspace operators had respective shares of 17% and 16%. Gurugram had a 53% share in overall leasing, while Noida constituted 44%. Market activity in the city was led by micro-markets including Noida Expressway, Cyber City, Golf Course Extension Road and NH8-Prime.

The quarter recorded more than 850 seats in co-working spaces being taken up by corporates. A few companies planning to operate in a hub-and-spoke model leased conventional office spaces as well as co-working seats during the quarter. Demand for conventional as well as co-working spaces is expected to increase further with active space requirements in the market as more and more companies firm up their ‘return to work’ plans and vaccinations increase.

Delhi NCR recorded supply addition of 2.96 msf during the quarter across micro-markets including Noida Expressway, NH-8 Prime and Sohna Road. Close to 40% of this new supply was pre-committed space which attributed to the strong growth in net absorption during the quarter. The city saw a 1.1 percentage point increase in vacancy which stood at 27.7% at the end of the third quarter.

Available space in the new supply as well as some exits and downsizing of spaces by occupiers contributed to this rise in vacancy levels. Quoted rents for majority of the projects remained stable during the quarter. With market activity gaining traction, developers are gradually returning to the pre-COVID lease terms with limited room for accommodation and flexibility on lease terms that had been offered to occupiers to support them over the past few quarters. Renegotiations and restructuring of transactions, that have been key features of the market during the last few quarters, are also reducing significantly as business resumes normally.

Construction activity has maintained a steady pace in Delhi NCR with strong execution of some large projects with pre-commitments. The fourth quarter is likely to see addition of further 1.3 msf of new supply to the city’s Grade A inventory from projects awaiting occupation certificates, taking the annual supply to 7 – 7.5 msf despite the pandemic. Golf Course Extension Road and Noida Expressway will see this supply addition with both markets being viewed favourably for space requirements by occupiers.

The coming year is also likely to record a robust supply addition of 9 – 10 msf with a fourth of this likely to be added in core markets of Gurugram including Cyber City and NH8-Prime. At an overall level, this new space addition will exert an upward pressure on the city’s vacancy. E-commerce, IT-BPM and professional services segments are likely to be important demand drivers for office space in the city in the coming quarters.