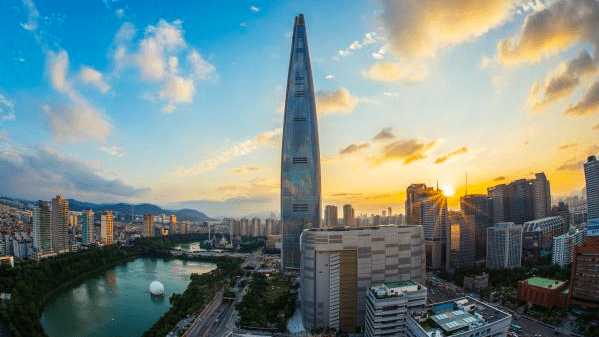 All major submarkets in the city recorded positive net absorption during the quarter.

“Among notable deals, E-chon accounting firm moved to Yeouido Post Tower taking up 1,800 pyung. MTN and Eusu Holding equally occupied about 600 pyung of the building. In Gangnam, Center Field welcomed new tenants such as Krafton (about 4,100 pyung) and Shinsegae Property (about 3,400 pyung). In the CBD, D Tower signed with MH Power Systems Korea (about 700 pyung).”

ICON Cheonggye (GFA 18,300 sqm) was newly added to the CBD Grade B basket during the quarter.

Overall vacancy rate of Grade A office tumbled to 12.3%, down 299 bps from the previous quarter. CBD’s vacancy rate fell 57 bps q-o-q to 12.2%. In Yeouido, the vacancy rate sharply contracted to 17.4% on a quarterly basis, down 523 bps. The vacancy rate in Gangnam fell from 12.8% to 8.6% q-o-q, underpinned by strong leasing activity in the newly completed Center Field building.

Overall investment sentiment remained upbeat, exceeding KRW 4.9 trillion on the back of strong investor appetite. Seoul’s market yield compressed by 8 bps q-o-q. The most prominent transaction concluded in the quarter was the sale of shares in Lotte World Tower for about KRW 1.39 trillion. Another large deal was H square in Pangyo, where Koramco Asset Trust sold to KOREIT for KRW 694 billion.

The recent influx of new supply encouraged tenants to upgrade to newer buildings. In addition, the Grade A office market has shown resilience to economic downturn, boasting strong demand. Given the aforementioned factors, net absorption is expected to stay in positive territory. Nonetheless, vacancy could remain in double-digits as it would take some time to absorb the space in new buildings.

Despite concerns over a potential rise in interest rates, investment sentiment is expected to stay healthy on the back of abundant liquidity. However, lack of prime office deals could lead to a lower transaction volume overall. Hence, investors could also start looking into Grade B assets as well. Additionally, eased travel curbs could bring foreign capital into the market.