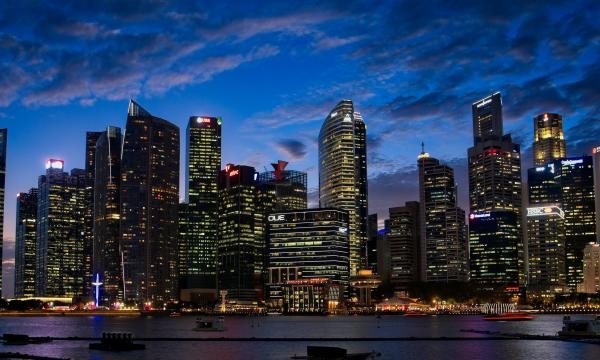 As business activity increased with the advancement to Phase 3 of opening up the economy, Singapore’s gross domestic product (GDP) registered its first year-on-year (YoY) growth of 0.2% in Q1/2021 after three quarters of YoY declines amid the COVID-19 pandemic. According to Savills, this came as a surprise as economists had previously forecast a contraction.

The growth in GDP was largely attributed to expansion in the manufacturing sector of 7.5% YoY in the first quarter along with moderated contractions in the construction and services sectors. Among the services sectors, information & communications, finance & insurance and professional services collectively grew by 3.7% in Q1/2021, faster than the 1.4% expansion in Q4/2020.

Although leasing activity was slower in the earlier months of the quarter due to the Chinese New Year celebrations, the office leasing market picked up subsequently as more companies looked for space. The landscape with regards to tenants’ future plans for their office footprint is however mixed.

While some companies such as those in the technology sector are in expansionary mode, other companies, despite the relaxation of the work-from-home (WFH) quotas beginning 5th April, are looking to downsize as flexible working arrangements are becoming ingrained in their new work culture. The move towards flexi-work arrangements was triggered by the pandemic and gained momentum because companies in general are still cautious about business conditions moving forward and thus the need to watch their overheads carefully.

Leasing activity was also supported by tenants who are forced to vacate from older buildings which are slated to be redeveloped towards the end of the year. This should continue over the next two years as more tired buildings get taken off the market either for substantive retrofitting or redevelopment. In addition, because of construction labour issues, the completion of new buildings delayed and tenants with expiring leases in the near term may take this opportunity to either renew their leases or source alternative space. Overall, for the premium buildings in desired locations, demand remained relatively stable as space (either vacant or shadow) got backfilled fairly quickly.

Together with workers gradually returning to work from the office and a surprisingly healthy investment sales market, sentiment amongst landlords has enjoyed a boost. On the investment front, although there were lesser strata unit transactions in the quarter in review, there were two whole block transactions compared to only one in Q4/2020. These included the sale of a 50% stake of OUE Commercial Reit’s OUE Bayfront to National Pension Service of Korea and the Allianz group of companies for S$633.8 million, as well as the acquisition of Certis Cisco Centre by RBC Investor Services Trust Singapore, in its capacity as trustee of Certis & Lendlease Property Trust, for S$150 million with the aim of redevelopment.

Based on the CBD Grade A offices tracked by Savills, the overall vacancy rate inched up 0.3 of a ppt to 7.3% in Q1/2021. While no new supply entered the market, AXA Tower will soon be removed from stock when redevelopment works gets underway towards the end of the year. Although the vacancy levels of premium buildings remained unchanged, the vacancy rates of Grades AA and A buildings have increased, resulting in negative net demand of 705,600 sq ft in the quarter.

Vacancy rates rose QoQ across all the micromarkets except Shenton Way (declined by 2.0 ppts to 10%), Tanjong Pagar (declined by 1.3 ppts to 8.1%) and Orchard Road (declined by 0.1 of a ppt to 3.1%). The other micro-markets registered increases in vacancy rates of between 0.2 of a ppt and 1.6 ppts QoQ.

NEV brands are looking for space in markets such as Tokyo and Seoul.
Commercial Retail
Is South East Queensland’s residential market finally up for a sustained upswing?

There were no new projects launched in Q1 as developers focus more on selling existing ones.
Bangkok office vacancy to hit 10-year high by end-2021

Weak pre-commitments are expected to drive vacancies to reach 14.5% this year.