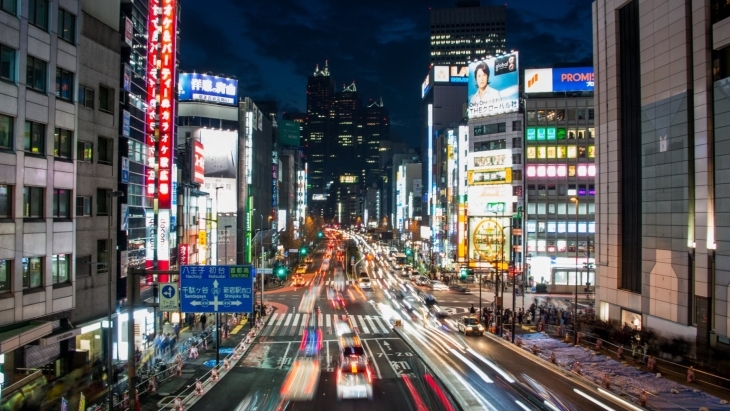 However, Savills says it should be noted that rents contracted 2.2%, and vacancy increased 0.8ppts in the previous quarter, showing that the rate of decline has slowed.

At the submarket level, rental contractions were the highest in Minato and Shinjuku at 3.5% QoQ, while the other wards saw some minor decreases. Looking at vacancy, Shibuya saw the steepest increment of 0.7ppts QoQ, and Chuo’s vacancy also loosened 0.5ppts QoQ. However, the increments seen in other wards were much smaller than those of Q3/2021. In fact, Chiyoda even saw vacancy decline 0.2ppts QoQ.

In Q4/2021, the impact from the pandemic appeared manageable, and there were only a limited number of large-scale lease cancellations. A common trend in recent movement announcements was moving to newer offices with good access and larger floorplates.

These offices are better suited for supporting flexible work arrangements, like having amenities such as video conferencing booths on the same floor and making free-address seating more convenient. Larger Grade A tenants are more inclined to implement flexible working schemes, and are usually the subjects of such movements.

Overall, the demand for new buildings appears sound. For instance, the latest buildings to open in the C5W, Tokiwabashi Tower and Hibiya Fort Tower, are almost 90% occupied. Pre-leasing of the next Grade A building to open in the C5W in July 2022, Tokyu Fudosan’s Kudanminami-1-chome project with over 11,000 tsubo of NRA, is also nearly completed.

The project has been well received due to its proximity to Kudanshita station, its quick access to the Otemachi and Marunouchi area, and its nationally famous spots for cherry blossoms. Importantly, it also provides an effective marketing and sales strategy. In August 2022, Tokyo Midtown Yaesu will also open with over 38,000 tsubo of NRA.

Looking ahead, 2023’s supply will dwarf that of 2022 with multiple large-scale developments coming to the market, particularly in Minato. The supply opening near large stations should perform well, such as the Sakuragaoka Redevelopment next to Shibuya station, the TTM Project that is sandwiched between Tamachi station and Mita station, and the Toranomon Azabudai Project that has its own infrastructure and amenities.

However, the quick succession of high-specification supply coming online in somewhat inconvenient locations may be a challenge. Nonetheless, the office market’s recovery is still expected to be K-shaped, especially as secondary vacancy from last year’s large supply continues to materialise in the Grade A market. Indeed, while well-located and newer offices remain stable, older offices with poor accessibility are likely to continue suffering and weigh down on the market overall.