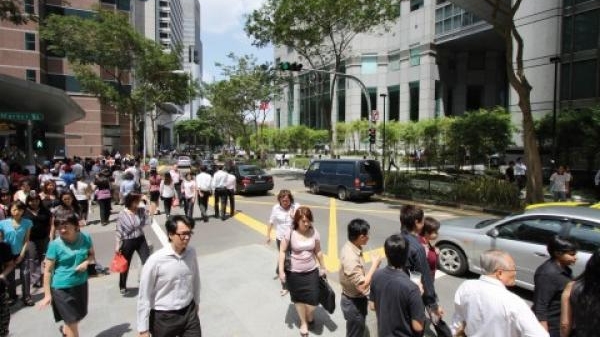 Industrial investment sales nearly doubled from S$491m in Q1 to S$924m in Q2.

A recent report by Savills reveals investment sales in the residential segment surged 48.3% QoQ from nearly S$1.9 billion to S$2.8 billion in Q2/2021. While private investment sales fell by 17.0% on a QoQ basis due to the lack of bulk purchases and collective sales, three sites totalling S$1.2 billion were sold under the Government Land Sales (GLS) Programme which saw heightened interest and high winning bid prices, since the last residential site was awarded in November 2020.

The active market for public tenders came as developers sought to replenish their land banks with dwindling levels of unsold stock amid strong residential demand.

Industrial investment sales almost doubled from S$491.0 million in Q1/2021 to S$924.0 million in Q2/2021, a rebound after two consecutive quarters of decline. The improvement in investment sales can be attributed to the stronger performance of the manufacturing sector as well as long-term growth in the e-commerce and logistics sectors, further driving demand for warehouses.

Investment sales in the commercial sector also saw a QoQ increase of 38.5% to S$1.97 billion. Office investment sales rose by 75.7% QoQ to S$1.74 billion. The first commercial collective sale of 2021 was concluded in the quarter for Maxwell House. This was its second collective sale attempt when the asking price was lowered to S$268 million in April 2021 from its initial reserve price of S$295 million in September 2020. The 13-storey commercial development was eventually sold for S$276.8 million.

Retail investment sales rose by 7.1% QoQ to S$456.8 million, which was largely attributed to an increase in shophouse transaction volume from Q1/2021’s 12 units to 17. In terms of quantum, sales of shophouses totalled S$272.6 million in Q2/2021, a QoQ increase of 46.7%. Over the past three quarters, more investors have been venturing into the shophouse market, given its limited supply and the absence of Additional Buyer’s Stamp Duty. Demand for shophouses was also observed from foreign and local investors (in terms of high-net worth individuals) as well as family offices.

Despite uncertainties surrounding the global economic recovery amid a resurgence of cases in some countries, global economic growth is projected to be higher than expected as businesses return in line with increased vaccination numbers in 2H/2021. With the government’s ongoing efforts to control the pandemic, along with government incentives and strong market fundamentals, investor sentiment is expected to remain strong locally. Many foreigners still view Singapore as a stable and attractive place to invest or start up a regional business.