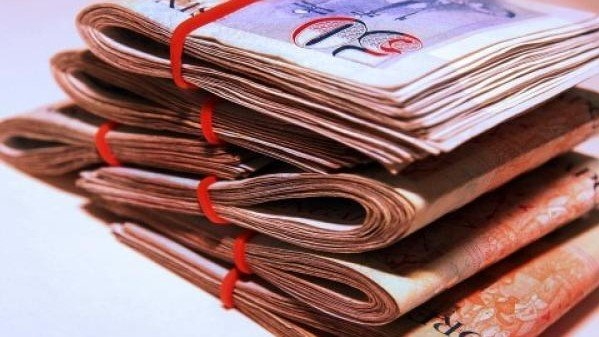 Due to an improvement in investor sentiment in tandem with global economic recovery, Savills says total investment sales rose for a fifth consecutive quarter, up by 62.0% QoQ to S$6.18 billion in Q2/2021.

On a year-on-year (YoY) basis, investment sales nearly tripled from the S$2.14 billion registered in the same period a year ago. This is understandable because a year ago, Singapore was under the Circuit Breaker period.

Despite the implementation of tighter measures under the Phase 2 (Heightened Alert) from 16 May to 13 June 2021, investment interest remained strong. Apart from a QoQ increase of 29.8% in private investment sales, the surge in total investment sales was also attributed to the sale of sites under the Government Land Sales (GLS) Programme in the quarter. In contrast, no GLS sites were sold in the previous quarter.

Breaking down the Q1/2021 investment sales by segment, residential made up the largest proportion at 48.6%. This was a slight QoQ decline of 0.6 of a percentage point (ppt) from 49.2% in Q1/2021. There was also a decline in the proportion of commercial investment sales from 37.2% to 36.2%, while the share of investment sales in the industrial sector grew 2.1 ppts QoQ to 15.0% in the quarter.

In the quarter, investment sales in this segment grew 60.0% QoQ to S$3.0 billion. This quantum was more than eight times the S$345.2 million worth of transactions recorded in the same period a year ago. Understandably so, in the same period last year, sales galleries and home viewings were prohibited as the country was in the Circuit Breaker phase. Although investment sales in the private sector declined by 5.4% QoQ to S$1.78 billion, the sale of three sites under the Government Land Sales Programme (GLS) managed to increase in total investment sales for the quarter. In the first quarter, no GLS sites were sold.

Prior to the sale of the three GLS sites in Q2/2021, the last residential site sold under the GLS Programme was the site at Tanah Merah Kechil Link in November 2020. The fact that the tender attracted a total of 15 bids showed developers’ appetite to replenish their landbanks and their inventory of unsold units.

Among the three sites that were awarded in the quarter, both the residential sites at Northumberland Road and Ang Mo Kio Avenue 1 respectively attracted at least 10 bids each, while the executive condominium (EC) site at Tengah Garden Walk attracted seven bids. Moreover, the bid prices of all three sites were deemed relatively high. The Northumberland Road site is slated for residential use but with commercial use over the first storey. This was the first residential GLS tender in 2021 and the highest bid of nearly S$445.9 million (S$1,129 psf ppr) came from a joint venture between CDL and MCL Land.

This joint venture was also awarded the EC site in Tengah with a bid price of S$400.3 million (S$603 psf ppr). This was a record land rate for an EC site, surpassing the previous record of S$583 psf ppr set by the site at Sumang Walk in March 2018. The remaining GLS site at Ang Mo Kio Avenue 1 attracted the highest number of bids at 15 and the top bid of S$381.4 million (S$1,118 psf ppr) was submitted by a joint venture among UOL Group, Singapore Land Group and Kheng Leong.

In the private sector, while there were no collective sales or bulk purchases in Q2/2021, the transaction volume of luxury homes (each priced S$10 million and above) remained strong, with investment sales quantum growing by 15.6% QoQ to S$1.8 billion. Out of the 79 luxury homes transacted in the quarter, 52 were landed homes while the remaining 27 were strata units. Among the 27 strata units that exchanged hands, 10 were from Park Nova, an ultra-luxury development which saw its maiden launch in Q2. All three duplex penthouses at the development were fully sold, with two of the biggest five-bedroom penthouses transacted at S$34.4 million (S$5,838 psf) and S$26 million (S$5,784 psf) respectively, signalling that the demand for ultra-luxury developments is strong amid uncertainties led by the COVID-19 pandemic.

The Good Class Bungalow (GCB) market also remained active with demand coming from ultra-high-net-worth citizens and affluent local families. One of the more notable GCB transactions in the quarter was at Cluny Hill, which was reportedly sold to Tommy Ong, who recently sold the Singapore-based e-commerce marketing platform Stamped.io to Canada-listed WeCommerce Holdings. The property was bought for S$63.7 million (S$4,291 psf on land area), exceeding the previous record of S$4,005 psf on land area for the S$128.8 million sale of a GCB in Nassim Road in the previous quarter.