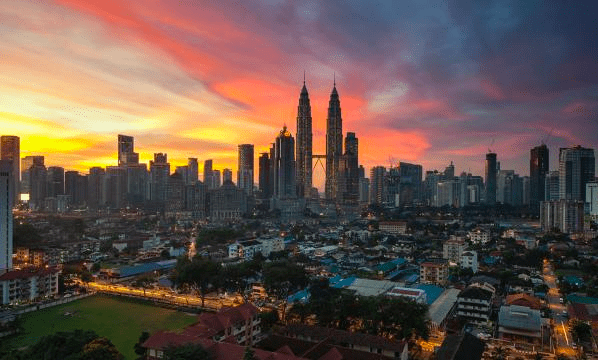 The total value of major transactions jumped 53% to approximately US$354m.

Malaysia’s second Movement Control Order (MCO), placed on all states except Sarawak due to a rising number of COVID-19 cases, ended on 18th February. Shortly after, the Government introduced the PERMAI Assistance Package, valued at RM15 billion with measures to combat the COVID-19 outbreak, safeguard the welfare of the people and support business continuity via assistance through special deductions on rental discounts given to tenants, tax relief and exemptions, and a Wage Subsidy Program.

According to Savills, the package may prove beneficial to Malaysia’s GDP growth, which declined to -3.40% YoY in Q4/2020, down from -2.60% in Q3/2020. Fortunately, cases have fallen towards the end of the quarter since its initial spike at the start of the year, with daily cases currently hovering just above the 1,000 mark, compared to over 5,000 daily earlier in the quarter.

The total value of major transactions in the reviewed quarter amounted to approximately RM1.46 billion (approximately US$354m), a significant 53% year-on-year increase. The largest acquisition in the reviewed quarter was by Hartalega Holdings, which acquired 250 acres of industrial land in the Kota Perdana Special Border Economic Zone (SBEZ), Kedah for RM228.7 million. Hartalega intends to invest RM7 billion to build 16 new glove factories in Malaysia’s northern region over the next 20 years.

Within Greater KL, the largest transaction was UEM Land Bhd’s purchase of 9.3 acres of factory land and the buildings thereon from Dutch Lady Milk Industries Sdn Bhd in Section 13, Petaling Jaya, Selangor for RM200 million with plans to build a RM1.3 billion mixed-use development. This area, specially earmarked for redevelopment into a mixed-use hub as part of urban renewal efforts, has proven to be a popular draw, as this deal was preceded by the sale of the neighboring former Kickapoo factory, which set new pricing benchmarks in the area, just a few months ago.

Axis REIT entered into an agreement to acquire 7.5 acres of industrial land and the buildings thereon from FIW Steel Sdn Bhd for RM120 million. The land is in Bukit Raja, an established industrial location in Shah Alam, Selangor due to its proximity to Klang port, coupled with good accessibility and infrastructure. Separately, Axis has also acquired two leasehold industrial sites totaling 16.2 acres in Johor for RM75 million, as the fund continues to build on its status as the leading player in Malaysia’s rapidly expanding industrial and logistics sector.

In Kuala Lumpur itself, the most significant transaction was Hex Sdn Bhd’s acquisition of two parcels of leasehold development land measuring 55.5 acres from Medan Prestasi Sdn Bhd, a wholly owned subsidiary of M K Land Group for RM108.8 million. The disposal of the land will serve to improve M K Land Group’s asset utility, overall financial position, and overall financial liquidity, objectives the company has been focusing on recently by seeking to dispose of some assets.

The quarter’s overall transaction value was largely led by the industrial sector, accounting for approximately 48% of the total, followed by commercial transactions at 22%. The gradual recovery should be supported by the progressive rollout of COVID-19 vaccinations, which currently stand at more than 250,000 front-liners vaccinated to date, with the second (the elderly and those with chronic illnesses) and third phases (general public) expected to begin in April and May respectively.