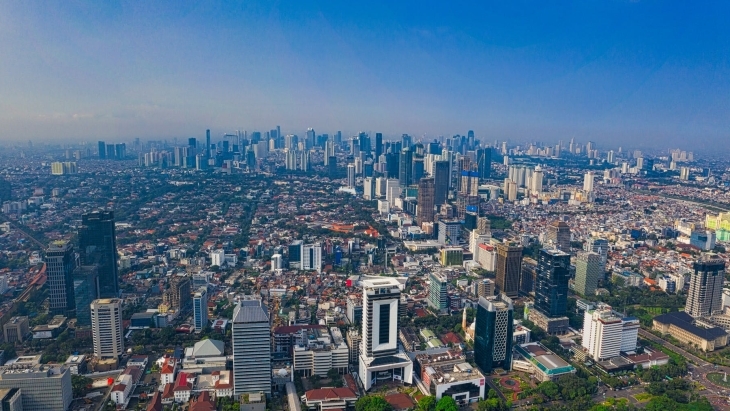 Land supply growth stopped in Q1 2021, with no estates introducing new ready-to-build land to the market. According to Colliers, there are plenty of possibilities for more land stock in the future and this should materialize when the economy starts to accelerate and the catastrophe caused by Covid-19 has been curbed. The process of converting raw land to ready-to-use land is still progressing in expanding industrial estates.

Similarly, this is also happening at new industrial estates preparing to install infrastructure. All in all, this should take place in the near term. Currently, there is a shortage of suitable land at most favourite industrial locations in Bekasi, mainly because there is limited room to expand. As a result, many companies are shifting their expansion to other locations, such as close to the future port at Patimban, Subang region.

The market downturn was still reflected by the small number of transactions in Q1 2021. Several prominent industrial estates in Karawang reported zero sales, leaving concerns over the outlook for 2021. However, this is only the beginning of the year, which has generally been a low season for industrial transactions. Furthermore, our forward-looking view believes the situation should gradually improve, along with optimism over the government’s efforts to curb the spread of Covid-19 cases through their massive vaccination programme.

Total land transaction of 27.64 hectares was a slow start to the year, but was about similar to the sales volumes recorded in Q3 2020. GIIC again accounted for most of total sales, with about 37.6%, but surprisingly Jababeka also reported a notable number of sales this quarter, accounting for 6.6 hectares, or 23.9%.

As anticipated earlier last year, data centres have been a resilient sector and have continued to expand at GIIC. A new data centre company took about 8.4 hectares of land at GIIC, and a bottling processing company took another 2 hectares.

Jababeka, with three transactions for a total area of 6.6 hectares, recorded the highest quarterly sales for the past six years, according to our records. These transactions involved motorcycle, packaging and health care industries.

Benefitting from land transactions executed in the past year, Artha Industrial Hill (AIH) has confirmed payments from two sectors, textile and warehouse, this quarter. The local and overseas companies accounted for about 4 hectares in this industrial estate.

Another new estate at Karawang, Karawang New Industry City (KNIC), also reported a single transaction for 1.3 hectares with a building material plant that produces steel structures. As the main purpose of KNIC is to facilitate overseas companies from China, most tenants in the estate are Chinese companies.

Two other small transactions occurred at Griya Idola and Bekasi Fajar. A local piping and valve manufacturer expanded its operation by taking about 0.6 hectares of land at Griya Idola, while an existing automotive company took another 0.5 hectares as part of their expansion plan.

Other estates have been dormant this quarter, and some feel that this will not be an easy year for achieving targets, but some are more optimistic given inquiries about the future in the pipeline.