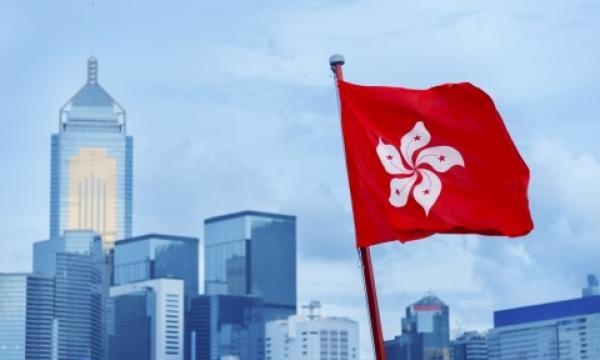 Hong Kong has been named the most expensive location in the world for expatriate accommodation for the fourth year in a row, even though rental costs dropped by an average of 5.95%.

According to a research published by ECA International, Hong Kong has seen a rare decrease in rental costs this year, as Covid-19 lessened the demand for accommodation in the top-tier areas where expatriates would normally reside. The pandemic has had a serious effect on international business in general, but more specifically, has severely limited the number of overseas workers moving to Hong Kong.

“This, together with the ongoing impact of socio-political tensions on Hong Kong’s economy, and the city’s unemployment levels at its highest rate in over 15 years, has resulted in a lower demand for high-end accommodation. As such, these factors have resulted in a drop in the city’s average expatriate rent. However, Hong Kong is still by far the most expensive location in Asia for rental costs, and is still more expensive than New York, despite the gap closing slightly this year,” said Lee Quane, Regional Director – Asia at ECA International.

Meanwhile, Singapore is now the 26th most expensive location for international executive standard accommodation as rents fell by an average of 2.0%. The average monthly rental price for an unfurnished, mid-market, three-bedroom apartment in areas commonly inhabited by international executives in Singapore is now USD 4,210 (SGD 5,747) – a drop of 2.01% compared to 2020.

Cities in Taiwan all rose in the rankings this year, as rental markets saw an increase – especially for Taiwanese capital Taipei, which climbed 20 places to be the 29th most expensive location for expatriate accommodation worldwide.

Quane explained, “Taiwan was one of the few locations in Asia Pacific to see significant rises in accommodation costs this year, with the average monthly rental cost in Taipei now standing at USD 4,101 – a rise of over 5.0% from 2020. This growth was a knock-on effect of the nation’s success in mitigating the transmission of the Covid-19 virus, as well as the repatriation of staff who were previously assigned to China. This, coupled with demand for talent in key industries in Taiwan resulted in the increased demand for accommodation – implying that rents were able to stay consistent, and even increase in many high-end areas.”

Meanwhile, locations reliant on international tourism have seen their rental markets hit especially hard during the pandemic, resulting in some major drops in the rankings. For instance, Bangkok has fallen 19 places to 49th place, while Hanoi saw a similar drop of 12 places to 81st place.

Quane said, “Rental prices have dropped in many locations across Asia over the past year, but this has been especially notable in locations which are heavily reliant on overseas visitors and residents, such as Thailand and Vietnam. Average rents in Bangkok have dropped by over 12.0% in just one year, while Hanoi and Ho Chi Minh City have seen a negative swing of 9.0% and 6.0% respectively. The rental market in these locations is heavily tied to the fortunes of the tourism industry, and landlords who previously rented out accommodation on a short-term basis, have since converted these to long-term leases – thus increasing supply and reducing market rents further. Therefore, it is unlikely that we will see a change to this trend until international travel is fully open again.”

Similarly, Australian cities saw big drops in the rankings. Sydney, the highest placed Australian city in the rankings, and the only Australian location to feature in the global top 50, fell 10 places to 46th position. The average expatriate rent in Sydney is now USD 3,553 – down over 2.5% from last year.

“After years of small and steady increases, the Sydney rental market is now oversupplied with apartments. As such, the subsequent drop-off in demand due to the Covid-19 pandemic is amplifying this market imbalance – thus, resulting in significant drops in the rankings,” explained Quane. 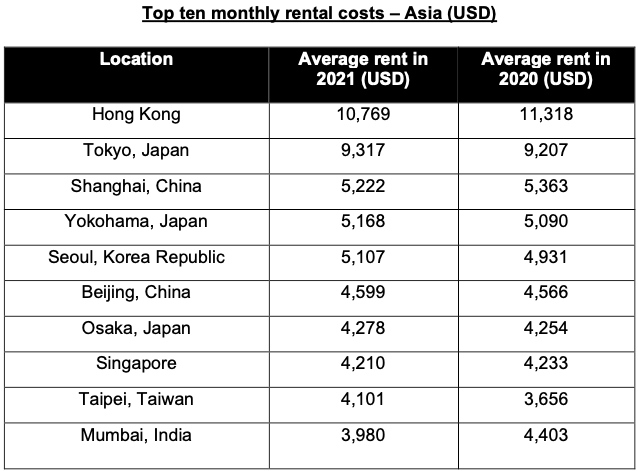