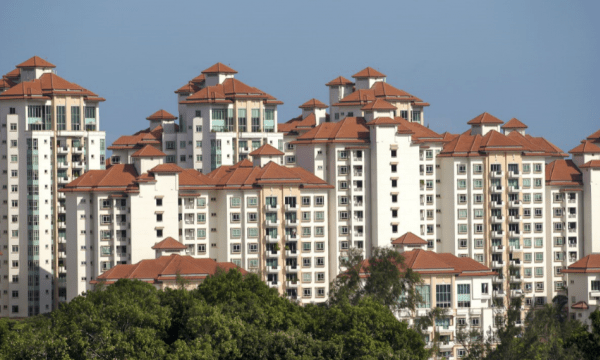 According to PropNex, the private condominium resale market is re-invigorated and appeared to have made a full recovery from the slowdown during the circuit breaker. SRX reported that an estimated 1,052 resale condos were transacted in August - an increase of 7% from July and the highest monthly sales volume in two years. The mass market or Outside Central Region (OCR) accounted for nearly 60% of resale transactions in August, fuelled by demand from HDB upgraders and the owner occupiers.

We also note that the sales of 1,052 resale private homes in August 2020 also trumped the 1,003 units resold in the entire Q2 2020, according to figures from SRX. The spike in resale volume last month was not unexpected as pent-up demand from the 10-week circuit breaker and phase 1 period continued to come into the market. Given the lacklustre economic outlook and market uncertainty, some buyers may have perceived it to be a good opportunity to negotiate for a better pricing. Based on our observations, Q2 2020 – being the quarter where the circuit breaker and phase 1 period were imposed – was probably the low-point of the resale market. The upturn in sales in recent months likely signalled that the worst is over, paving the way for resale market activities to return to normal.

With more than 5,000 resale condos sold in the first 8 months of 2020 based on SRX data, we expect total resale volume to likely reach 7,500 to 8,000 units this year – a tad lower than 8,949 units resold in 2019; but still very a respectable number in view of the massive disruption from the pandemic.

Despite the rise in demand, resale condo prices in August remained largely stable, inching up by 0.4% over July. Both the Core Central Region (CCR) and Rest of Central Region (RCR) saw a marginal resale price increase of 0.3% month-on-month (MoM) in August, while in the OCR – which is supported by a larger pool of buyers – witnessed a 0.5% MoM increase in resale prices.

We would expect resale prices to be relatively flat in the coming months, as the gloomy economic prospects and muted sentiment weigh on sellers’ ability to raise asking prices substantially. In addition, buyers are likely to be cautious and prudent in their purchase, mindful of potential downside risks ahead, including the weaker hiring market.