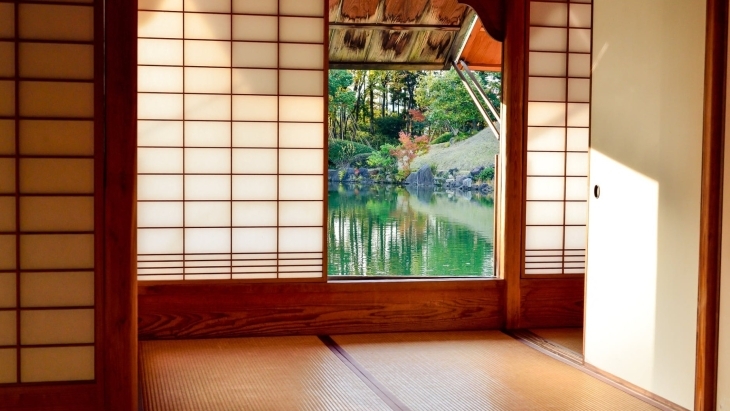 This quarter, most submarkets have seen slight rental increments, especially those comprised of more expensive wards. At the same time, rents of the more expensive wards have generally seen larger corrections during the pandemic, and are still well below pre-COVID levels.

Overall, the fluctuations seen over the past few quarters suggest that rents might stay flattish for the time being. While the population of the 23W has admittedly been decreasing, some reversal in this trend is likely, especially as the pandemic calms down and office utilisation increases, and more foreigners return to Tokyo when restrictions are lifted.

Indeed, the moving season in the spring of 2022, when a large number of people traditionally migrate to Tokyo, will be an important indicator of residential demand in the 23W for the coming year.

After multiple consecutive quarters of being the most poorly performing submarket, the C5W has turned the tables to become one with the highest growth this quarter, with average rents increasing 1.1% QoQ to JPY4,713 per sq m. Indeed, most members saw some quarterly growth, with Shinjuku demonstrating the largest increment, although rents have still contracted 1.4% YoY.

Going forward, upcoming developments like the Toranomon Azabudai project in Minato, should boost the vibrancy of the area and increase its popularity as a place to live, especially for those looking at higher-end residences.

In the South submarket, rents have rebounded 0.5% QoQ to JPY4,104 per sq m, effectively reversing the correction seen in the previous quarter. As a whole, while the submarket saw a yearly correction of 0.8%, there were notable differences in the performance of each ward.

For instance, Setagaya was the only member to have seen annual growth of 1.3% in the submarket. The ward is the most heavily populated in Tokyo and is known for its many residential neighbourhoods with plentiful greenery, and is likely to remain popular with families. On the other hand, Meguro’s rents have continued to descend 0.3% QoQ. Indeed, the prolonged state of remote work would have lessened the appeal of paying a premium to live in the ward.

The Inner North also saw rents recover 0.8% QoQ to JPY4,095 per sq m, although it still experienced a correction of 1.0% on an annual basis. However, the two members of the submarket exhibited diverging trends. Toshima, the less expensive constituent, has seen rents grow 2.9% QoQ and 1.5% YoY. Although the ward saw some corrections during the pandemic, rents in Toshima have risen above pre-pandemic levels, partially stemming from the large number of newly completed buildings that came online this quarter. On the other hand, Bunkyo saw its rents contract again – decreasing 1.1% QoQ and 3.4% YoY. That said, Bunkyo’s rents are also generally above pre-pandemic levels despite the decline, and the ward’s population has also held steady over the past year, demonstrating the popularity of the area known as a family-friendly hub.

While many other submarkets saw rents recover this quarter, the Inner East submarket went against this trend, contracting 0.5% QoQ and 1.2% YoY to JPY3,868 per sq m. Taito saw the largest decline on an annual basis of 3.7%, whereas Sumida actually saw growth of 2.2% YoY.

Overall, looking at population trends, the submarket’s popularity as a place of residence has not wavered, with the number of residents of each ward holding mostly steady over the past year. Indeed, the submarket borders Chiyoda and Chuo with good transportation options to the city centre, and its many traditional downtown and waterfront areas have helped to maintain the Inner East's popularity with its residents.

The West was the only submarket that saw both annual and quarterly increments in Q4/2021. Specifically, average rents increased 0.8% QoQ and 0.3% YoY to JPY3,737 per sq m. Like the C5W, the West submarket also saw a large number of newly completed buildings come online this quarter, and this contributed to some of the submarket’s rental increments. While the growth was fairly evenly distributed between the wards, Nakano saw the most growth of 1.5% QoQ and 1.6% YoY, and its rents are comfortably above pre-pandemic levels.

The Outer North submarket saw a moderate increase in rents of 0.4% QoQ to JPY3,440 per sq m, but still declined 1.1% YoY. However, like the Inner North, the two constituents of the Outer North also demonstrated deviating trends. Most of the growth came from Kita, the more expensive ward, whose rents are clearly above pre-pandemic levels. On the other hand, Itabashi saw rents decline 2.5% YoY, and rents are moderately below pre-pandemic levels.

Although the Outer East was the best performer over the past few quarters, Q4/2021 saw a complete turnaround in this trend, as the submarket actually saw the largest quarterly decline in rents of 0.9% to JPY3,256 per sq m. Arakawa contributed the most to this drop, with rents decreasing 2.6%, although this was likely contributed by some uptake of new, more expensive units that came onto the market in the last quarter.

Despite the downturn, the submarket still had the largest positive annual growth of 2.3%, with Arakawa also seeing the greatest increment of 4.4% YoY. While some members have seen some fluctuations in rents, the submarket as a whole has generally seen an upward trend with current rents greater than pre-pandemic levels.

However, it should be noted that all wards have seen some population decreases over the past year, like Edogawa whose population shrank 0.8%. Elsewhere, population changes in Katsushika and Adachi were more modest. In contrast, Arakawa only saw a decline of 0.1%, showing that the ward has maintained its popularity.