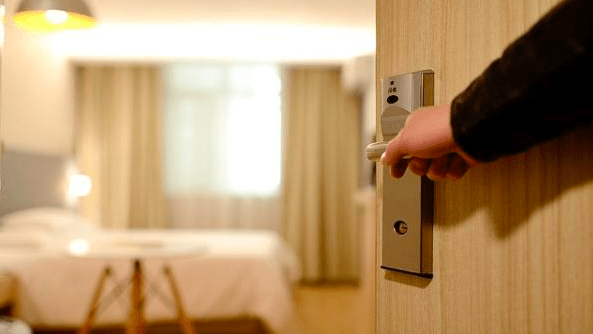 Jakarta only saw one hotel opening in the first half of the year, which was the 111-room Sutasoma Hotel located in South Jakarta. JLL says there were no major hotel openings within Central Jakarta, as most have either been shelved to a later date or postponed indefinitely amid construction delays and muted demand due to border closures.

According to JLL, eight lodging properties offering around 1,500 rooms are slated to open for the rest of 2021, which is a large increase from 2020 due to a spillover of delayed openings from last year. Upcoming openings include a mix of serviced apartments and hotels, and mostly positioned in the midscale and upscale segments. The only luxury opening is the 224-room Langham Jakarta which will be located in SCBD.

Domestic demand remains the key driver due to border closures

International demand remains subdued as international borders remain closed except for essential visitors. International visitors totalled around 45,700 as of YTD May 2021, representing a 87.2% y-o-y decline from same period last year. On a positive note, excluding seasonality effects, monthly visitation has been on an upward trend since May 2020 when the city was in full lockdown.

Domestic visitors remains the existing key demand driver for luxury hotels, albeit overall demand still remains significantly below historical levels given the segment’s heavy reliance on international visitors. The recent nationwide lockdown imposed in July 2021 to battle the country’s deadliest COVID-19 wave is likely to dampen domestic demand in the near term.

RevPAR recovery driven by occupancy rebound and low base effects

RevPAR increased by 14.3% y-o-y as of YTD June 2021, marking the first y-o-y increase since the start of the COVID-19 pandemic. Occupancy rates increased by 13.3 percentage points to 43%, which more than offset the 20.9% y-o-y decline in ADR to IDR 1.6 million. The increase, however, is also attributed to low base effects caused by the lockdown last year where RevPAR fell to record lows.

On a positive note, there has been a strong rebound in monthly luxury RevPAR performance. Luxury RevPAR reached a 12-month high in May 2021 which was 88% of pre COVID-19 (2019) levels, compared to 14% during the height of lockdown in May 2020. Domestic-led demand fuelled the strong rebound in occupancy rates, which in turn has also allowed ADR to gradually recover since early 2021.

Outlook: RevPAR recovery likely to slow in near term

International visitation is slated to remain muted in the near term amid continued border closures. The recent nationwide lockdown in July 2021 is also expected to dampen demand amongst permitted visitors, and cause further delays in travel corridor arrangements with key markets. Domestic demand is also expected to fall in the near term due to more stringent movement restrictions.

Following a strong rebound in RevPAR over the last year, the recent lockdown will likely have a short-term adverse impact on occupancy rates, which in turn may lead to further pressure on ADR. The pace of RevPAR recovery will be contingent on the government’s ability to rein in the current COVID-19 outbreak, but we expect initial recovery to remain domestic-led until international borders reopen.