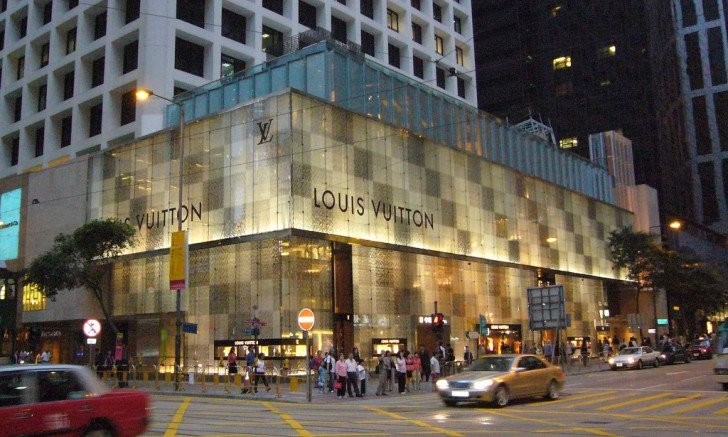 The COVID-19 pandemic has entirely changed the retail landscape in Central, especially on the prime streets in the Queen’s Road Central area. In the past, the prime streets featured a tenant mix of luxury goods retailers, as well as sky-high retail rents, and the luxury retail stores on Queen’s Road Central depended mainly on visitor spending. But because of the travel restrictions during the COVID outbreak, there are no tourists in town, so many luxury retailers have shut down their shops.

Since the start of the COVID-19 outbreak, Knight Frank says retail shops in the so-called prime street area in Queen’s Road Central have been replaced by non-luxury retailers. For example, Japanese discount retailer Don Don Donki rented a 17,800 sq-ft space for its fifth outlet in the city, and value-priced French sporting goods chain Decathlon rented a 9,300 sq-ft shop previously taken by luxury travel goods and accessories retailer MCM on the ground floor and basement of 30 Queen’s Road Central. Current rents in these stores are reported to be at least 50% less than the those of the previous leases. With luxury retailers being replaced and rents plummeting, the retail market in Queen’s Road Central has undergone a repositioning.

The Hong Kong Government is currently tendering New Central Harbourfront Site 3 under the “two envelope approach”, in which both price and design proposals are assessed. According to previous planning goals, upon completion, the Harbourfront Site 3 development could provide some 1.1 million sq ft of premium retail space, almost as much as the existing premium retail space in Central, mainly in IFC Mall and Landmark, totalling about 1.3 million sq ft. As the first large-scale commercial mixed-use development in Central after IFC and considering the close physical connection between Harbourfront Site 3, IFC and Landmark, the three retail developments will form the latest premium retail cluster, with a total size of about 2.4 million sq ft, similar to Harbour City and New Town Plaza, the two largest shopping arcades in Hong Kong.

The COVID-19 crisis has accelerated the transformation of the traditional prime retail streets in Central. The repositioning of Queen’s Road Central and the emergence of Harbourfront Site 3 will alter the retail landscape by moving most of the luxury retail activity to the north edge of Central in the next four to five years.