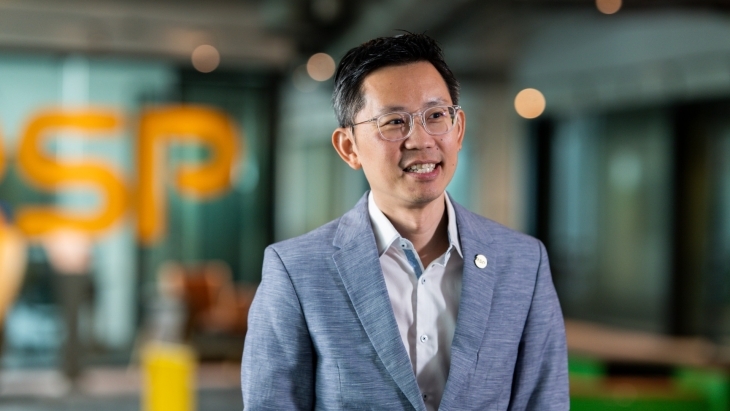 Not only does it rejuvenate the development, it also preserves the memories people have of the place.

In an exclusive interview with Real Estate Asia, RSP Director, Sonny Chionh, shared that he would like to see more building owners and developers “reusing” their developments.

“The goal is to keep it relevant without having to demolish it and build a new one. We do a lot of what we call Asset Enhancement Initiative (AEI) or rejuvenation projects to give buildings a new lease of life. It can include updating of fixtures to stay contemporary in keeping with times to being as major as changing its exterior or reconfiguring the entire layout.” he said.

“Because you are not demolishing a building, less waste is generated. On top of that, you are reusing different existing elements, which means less material is used.” he said.

“Such enhancement or rejuvenation would hence be generally more viable. AEI can be done while the building remains operational. This can be an important factor for the developers and building operators,” he added.

The 20-year-old Great World City went through a refresh and saw an enhanced and renewed tenant and shopper experience unlocking new value for the old building. It was given a new façade, enlarged voids for greater visual connectivity, and reconfiguration of walkways and escalators for better flow and navigation.

“Another opportunity to tap for rejuvenation projects is to use as much of the existing structures as possible. Give it a new lease by having the new look on it. That also means less carbon emissions or footprints that usually comes from energy required from concrete and steel products” he added.

“One of our works that is very close to many people’s hearts is the new Coastal PlayGrove at East Coast Park. The design retained part of the former water theme park, Big Splash’s iconic multi-coloured slide structure and re-imagine it as a vertical playground with a lookout tower. It becomes a new but familiar landmark,” he said.

In the same manner, RSP also aims to create designs that use resources or materials that can be found within the region or in neighbouring countries. This is having that appreciation of vernacular architecture, with its pragmatism in the use of materials and not just stylistic approaches.

“The concept of vernacular architecture is that we try to use resources from where the building is located. We don't want to be transporting somewhere far away when we could transport from our neighbouring countries in the region. In the same spirit, what the industry should focus more on is the ‘embodied energy’ which is the sum of the energy directly or indirectly associated with the entire lifecycle of the material including its production, maintenance when applied in buildings and eventual demolition. If we are conscious of these concepts, the amount of carbon emission reduction can be very substantial. So, we would like to maybe see more of that happening,” he said.

In line with these projects, RSP has also developed energy-saving buildings. One of these is Holiday Inn in Clarke Quay where the company applied the design of having the hotel facade slanted in order to control the sunlight and heat that will be coming into the rooms. .

The overall energy savings for this hotel have recorded annual savings is about 33%.

“The windows are designed in a way that they are tilted. Rigorous sunshade studies and detailed models helped to determine this intricate geometry so that we reduce the amount of sunlight coming into the guest room. In addition, it gives the hotel an architecturally interesting and distinctive façade” he said.

“This contributed to reducing the overall energy consumption. ” he added. 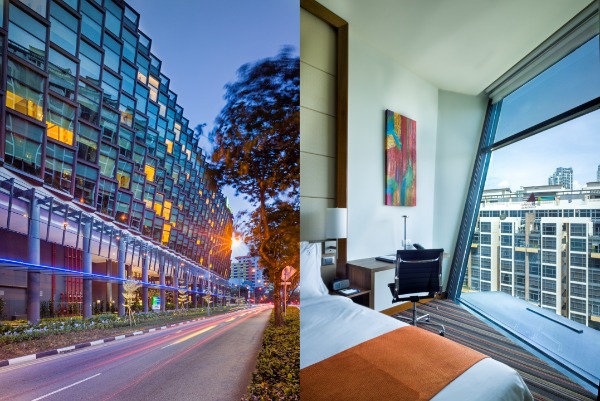 These tilted windows in the guest rooms of Holiday Inn Clarke Quay help control the sunlight coming in and reduce energy consumption by 33%.

Apart from building a structure in this manner, RSP also introduced energy-saving feature by removing air-conditioning from the room corridors.

“We were really realizing that if we can cut down on the kind of air con spaces that we have in a building, it tremendously reduces the energy consumption to the building and it actually worked out. One of the big things that we have to do was to try to make naturally ventilated spaces,” he said.

“When you come into a hotel, the expectation is that you come into the corridor and then impose a controlled aircon environment on it. We took the aircon component out from there, so that saved a lot. The corridor space adds up to almost 1/3 of the entire building, so now we see so much electricity and energy consumption saved” he added.

Whilst this was an exciting endeavour, Chionh admitted that they had trouble dealing with condensation at the initial stages. The firm was able to sort it out later on.

“At the very beginning, we had quite a fair bit of issue with condensation. We went to look at some paint coating to reduce the condensation and put in a bit more layering within the affected rooms,” he said.

Looking forward: Renewable energy as well as for productivity and sustainability to go hand-in-hand

Chionh is hopeful that the reception towards saving energy, specifically by using solar panels, will be more embraced in the coming years.

“Solar panels are gaining a lot more momentum. We have been talking about solar panels for many years but it just doesn't seem to gain sufficient traction. But with the government push to put solar panels on HDB flats, industrial buildings, there is a lot of market interest and more manufacturers popping up,” he said.

“Another key trend to look out for is the use of more productive and green construction method. An example is Prefabricated Prefinished Volumetric Construction (PPVC). It is a building method wherein a structure where 3-dimensional modules completed with fixtures are manufactured off-site. Compared to the traditional way of construction, PPVC method takes a shorter time to complete, and has a better site environment,” he added.

Debris coming from masonry construction continues to be a problem both in terms of the waste it creates and the emissions it brings compared to PPVCs where there is more construction control in a factory environment.

“The thing with masonry construction is that it creates a lot of debris. If you had a chance to go down to the site, when it's building up, you can see the kind of debris that comes from construction with truckloads being taken off from site. You have also truckloads of cement coming in when all these things could be literally done in the factory with much better control,” he said.

We have used PPVC for a school we completed recently, and we are even using it now for a new hotel project. As the industry becomes more conscious of creating a sustainable built environment and the government’s push with the Green Plan, there is indeed a lot to be excited and look forward to,” Sonny added.