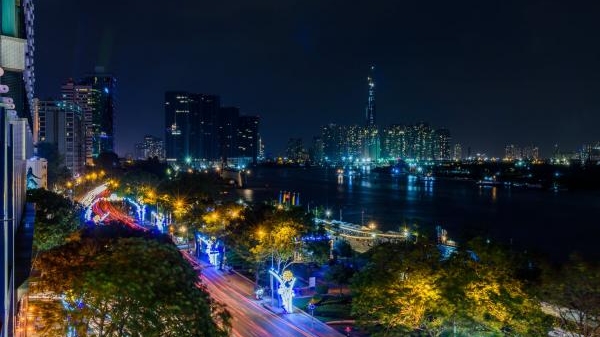 Logistics is still a hot segment with 394 industrial zones as of May.

In Q2/2021, Savills says there have been some outstanding M&A transactions and fund-raising deals in the real estate sector with strong investor demand still apparent particularly from domestic institutional groups.

Here’s a rundown from Savills:

Retail segment: Vietnamese carmaker Truong Hai Auto Corporation (THACO) announced that the company signed an agreement to acquire 100% of the capital of Emart Vietnam, including the supermarket Emart Phan Van Tri in Go Vap district, Ho Chi Minh City, as well as other supermarket projects being developed in Vietnam. Following the sale, Emart granted THACO franchise rights for a period of nine years. In May 2021, Central Retail Vietnam, a member of the Thai-based conglomerate Central Group, signed a Cooperation Contract with Becamex IDC Corporation to invest approximately US$35 million in the 3ha GO! shopping mall in Ben Cat town, Binh Duong province.

Industrial segment: Actis invested US$20 million as part of an industrial real estate joint venture with An Phat Holdings to develop An Phat 1 Industrial Park in Hai Duong province.

Capital market: BIM Land Joint Stock Company (BIM Land), a member of BIM Group, successfully raised approximately US$200 million via a bond issuance with a 5-year maturity at a 7.37% coupon to be listed on the Singapore Exchange (SGX).

Industrial property continues to be a hot segment for Vietnam’s real estate market with mounting enquiries as manufacturers seek to mitigate risk and diversify supply chains. According to the Ministry of Planning and Investment, as of May, Vietnam had 394 industrial zones established with a total land area of nearly 122,000 ha.

286 of the industrial zones are operational with an occupancy rate of 71.8%. In June 2021, the People’s Committee of Hung Yen Province approved the establishment of an expanded Pho Noi A industrial park with an area of 92.5ha. Hoa Phat Hung Yen Industrial Park Infrastructure Development Company Limited (Hoa Phat Group) was appointed as developer with a total investment of approximately US$46.7 million.