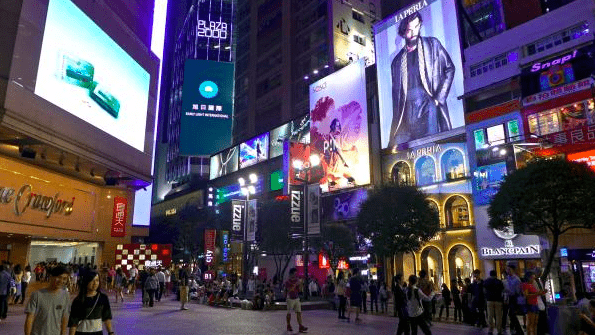 Luxury brands are still wary of going to the high streets.

The sentiment in Hong Kong’s retail market has been weak, but F&B proves to be a bright spot. According to Savills, retailers are holding back on expansion plans until border reopening plans become definite. Leasing market activity was particularly sluggish in the prime street shop segment.

“Central is showing marginally more activity than other core locations, benefiting from its reliance on high-end local demand and the fact that office workers have largely returned to their desks and are spending again. Recent transactions include Samsung who took up shops G3-G4 in China Building while further down on Queen’s Road Central in Lansing House, Petit Bazaar, a premium children’s product store, took up shop 41, a duplex unit comprising ground and basement floors. Lululemon took MLB’s space on the ground floor of H Queen’s. The restaurant group JIA Group will replace the existing Shanghai Tang at 1 Duddell Street,” Savills says.

In less positive news, we note that districts previously dependent on tourists remain no-go areas for retailers, and luxury brands are still wary of stepping outside established malls and onto the high street. In fact, some of the luxury fashion brands have rationalised their networks due to the challenging business environment over the past two years, with some downsizing flagship stores and/or reducing store numbers. At the same time, luxury watch brands popular among locals have run down inventory to the point where this is limiting expansion plans.

Thanks to the government’s Consumption Voucher Scheme (CVS), the domestic market continued to improve in August with retail sales recording a YoY double-digit growth rate of 11.9%. The apparel-related sector witnessed the strongest rebound of over 40%. F&B is still strong across all price points, from fine dining to casual restaurants. The fine dining sector has been fuelled by strong demand from local consumers for unique gastronomic experiences and dining-out or ‘eat-cations’ have become the ‘new holiday’ for locals during the pandemic era.

On the other hand, ‘couponing’ is helping to support the casual dining sector in shopping malls. Coupons are given upon the purchase of goods and spending at restaurants (usually above a certain value) which can then be used in that mall’s F&B outlets and in selected shops. This has supported leasing demand from the F&B sector and encouraged some shopping mall landlords to converted more general retail space into restaurants. As an example, Wharf REIC has converted two shops on the main retail floors of Times Square into F&B outlets for the first time.

Rents in both the prime street shop and major shopping centre segments remained static over the third quarter. Some retailers took advantage of the current low rent environment to test new markets and launch new retail concepts. Following the success of its pop-up in Causeway Bay, Ikea has launched the world’s first “Ikea Close to You” concept store inside the Market Place supermarket in Discovery Bay. This is also the retailer’s first store located inside a supermarket. According to the retailer, the new concept store focuses on the digital experience, offering a number of solutions such as an interactive screen ‘Digital Experience for Furnishing Inspiration’ and self-pick-up lockers which support flexible pick-up times and free shipping. Meanwhile, Japanese megastore Don Don Donki has also opened its first-ever sushi restaurant, Sen Sen Sushi, in OP Mall in Tsuen Wan West.