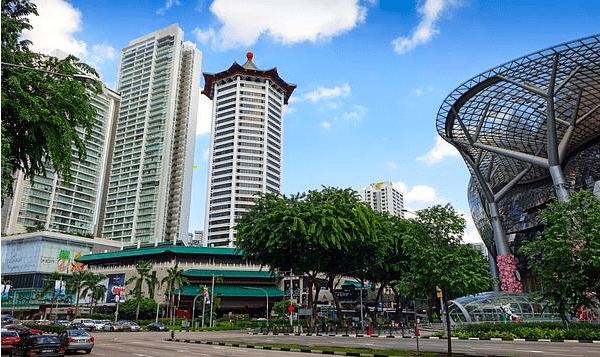 With a total of S$2.8 billion in sales (excluding motor vehicles) in February 2021, the retail sales index (RSI) grew by 8.2% year-on-year (y-o-y) to 87.5, marking an uptick from the preceding decline of 8.5% in January 2021, according to Knight Frank. The improvement in sales is due to the Chinese New Year celebrations in February this year, compared to the previous year when the festivities took place in January instead.

Even though the proportion of online sales (excluding motor vehicles) normalised from the peak levels of 16.3% and 13.4% in November and September 2020 due to large- scale sales events like 11.11 and 9.9, to 12.0% and 11.7% in January and February 2021  respectively, Knight Frank says these remained higher than the proportion of online sales before the onset of the circuit breaker in April  last year which ranged from 6.3% to 10.5% betweenJanuary and March 2020. The majority of  the online retail trade comprised transactions of Computer and Telecommunications, Furniture and Household Equipment, as well as Supermarkets and Hypermarkets.

In the midst of the pandemic, more businesses hopped on the e-commerce bandwagon, and shopping became  available anywhere providing convenience for many. Digital connectivity  offers customers multiple sources of readily available information allowing  them to validate their purchase decisions. As such, it has become essential  that retailers design and put in place a holistic brand experience that can drive customer behaviour when personal, life-style and aspirational needs converge, complementing the online with the brick-and-mortar.

Love, Bonito, a household fashion brand that started as an e-commerce store and  eventually opened its first brick-and-mortar shop in 2017, has since expanded to its fifth physical store that opened in December 2020 at ION Orchard. A consumer’s shopping journey is enhanced by activating all possible touchpoints to create a multi-sensory shopper experience.

Upcoming retail players to look out for in the near future include Ace Signature, a new supermarket specialising in international produce at NTP+, a mall at New Tech Park set to open some time this year. Additionally, furniture retailer Courts’ new flagship store at The Heeren, forecasted to open in 2022,  will integrate new retail concepts that will deliver a customer experience that meets the Japanese shopping standards.

Island-wide prime retail rents contracted by 12.9% y-o-y in the first quarter of 2021 to average S$26.60 per square foot per month (psf pm), as the pick up in retail activity remained uneven and limited due to restrictive dining capacity limits still being enforced. Overall, the decline of average gross rents of prime retail space in Singapore generally slowed to a glacial pace, with the exception of prime retail shops in Orchard due to the continued lack of tourists impeding any substantial rebound in retail activity.

As workplace capacity increased to 75% from 5 April 2021 onwards, footfall at retail stores is set to rise, particularly those located in the Central Business District (CBD). The return of many workers to the workplace should provide for an improvement in retail sales albeit at a moderate pace, as a majority of firms continue to implement flexible work arrangements.

As the Government eases COVID-19 measures, slowly returning to pre-COVID-19 normalcy, prime retail rents should bottom out and stablise in the next six months after having declined by about 5% in 2021. Malls in the City Fringe and Suburban areas are generally already bottoming out and should show signs of recovery in the coming months.

With economic recovery on the horizon, the retail sector has to move forward and evolve to adapt to the changing dynamics in consumer lifestyles and behaviours. The pandemic showed that e-commerce and traditional brick-and-mortar stores need not be opposing or competing forces, but could instead complement each other in a symbiotic fashion.

Malls should not only focus on providing a multi-dimensional immersive experience for a consumer through technology, but also consider placemaking strategies to pull shoppers into the malls by providing them with what they cannot access online. Such efforts must focus on bringing people together, allowing them to create memorable moments in malls. To achieve these, landlords should provide certain  concessions or incentives to like- minded retailers whose objectives are  aligned; as well as offer hybrid rent structures comprising reasonable base rents with a turnover rent component.