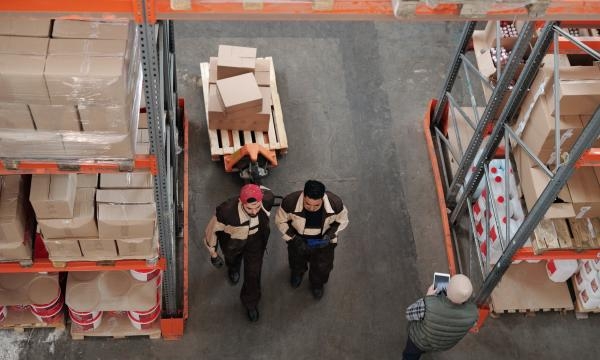 ESR Australia recently bought a portfolio of 45 properties for a whopping US$2.9b.

The market for warehouses, hot property before the pandemic due to the ecommerce boom, isn’t showing signs of slowing down.

Industrial and logistics real estate made up 20 percent of global transaction volumes last year, up from 10 percent in 2010, according to JLL.

“Demand for logistics just isn’t letting up, either from investors or occupiers,” says Stuart Crow, CEO for Capital Markets in Asia Pacific at JLL. “Increasingly, we are seeing opportunities for investors to expand their exposure in logistics through platform deals, like what we just saw in Australia.”

Blackstone has been at the forefront of other recent landmark industrial deals. In 2019 it bought GLP’s U.S. assets for US$18.7 billion in the largest private real estate transaction ever, nearly doubling its industrial portfolio. In 2017 it sold its Logicor platform of 630 distribution centres across 17 European countries to CIC for €12.25 billion (US$13.8 billion); it was Europe’s single largest real estate deal.

The Australia sale had a weighted average yield of around 4.5 percent. That was once prime office territory, demonstrating industrial’s dramatic shift in the hierarchy of core real estate investment.

Underpinning the rise in investor interest is the shift to online retail. Global ecommerce sales increased 25 percent in 2020 to US$2.43 trillion, according to Statista. And in 2021 it is expected to rise another US$286 billion. In Australia alone, online spending in 2020 increased a record A$14 billion, blitzing the average A$2 billion a year rise, according to NAB.

“COVID-19 took the demand for prime industrial and logistics real estate to a new level,” says Matthew Lee, senior director in JLL’s occupier solutions for industrial and logistics in Australia, speaking on JLL’s Perspectives podcast. “Importantly, there hasn’t been enough speculative development to wash all the demand through, and now businesses are queuing up for space.”

In Australia, 2 million square metres of warehouses were built in 2020 – the most since 2008 – according to JLL’s Australia and New Zealand Industrial Investment Review & Outlook.

However, this was still not enough to meet rising demand, as gross take-up reached a new high in 2020 at 2.86 million square meters.

Demand for space continued in the first quarter, with take-up reaching a new quarterly record of 1.1 million square metres, while less than half of the 10-year quarterly average of new stock was delivered.

“Developers put a pause on starting any new development in the middle of last year, and since sheds generally take six to 12 months to develop, this is only filtering through to the numbers now,” says Sam Butler, senior industrial analyst at JLL.

Across Asia Pacific, JLL projects 94 million square feet of industrial space to be built in 2021, a 26 percent annual increase. In the last quarter of 2020, vacancy remained at 11.4 percent. In Europe, industrial vacancy is at record lows, below 5 percent. Globally, it is 7.4 percent.

“The shift from physical to online retail and need for companies to hold onto more stock to mitigate supply chain blockages is bringing into focus an acute industrial land and warehouse shortage that is significantly affecting the operational models of occupiers,” Lee says.

In order to adjust, companies are having to think more strategically and long-term about their operations and locations.

“We’re at the point where companies will be forced to take what they can get because they need to fill contracts,” says Lee of the Sydney market. “But for some groups, the specifics of their requirements will push them to consider pre-leases, which require significant lead time and potentially short-term lease extensions – all of which take time and money.”