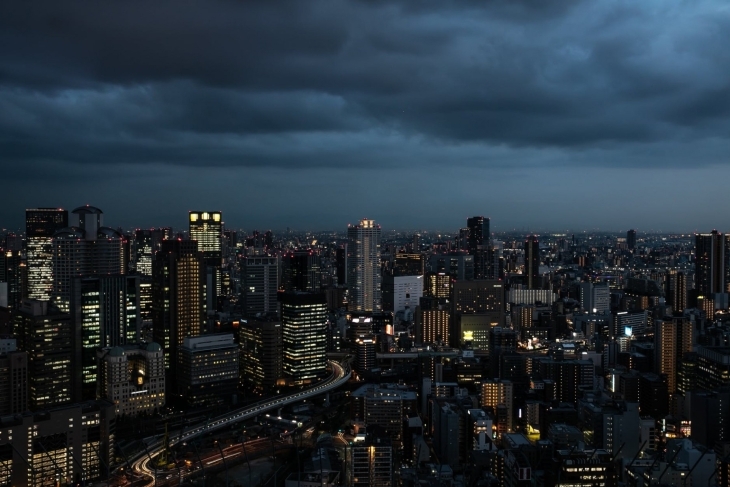 Greater Tokyo has multiple large-scale projects coming up, and Greater Osaka is set to have record supply levels this year.

Japan’s industrial sector currently has strong fundamentals, but there are a few things that temper the optimism for the sector.

While the e-commerce boom drove massive demand for industrial facilities over the past 18  months, Savills says the industry could see a reversal to brick-and-mortar post-pandemic.

“According to the Ministry of Economy, Trade and Industry (METI), the market size of Businessto-Consumer (B2C) e-commerce tangible goods has increased by more than 20% from 2019 to 2020. Rents remain at all-time highs and vacancy levels are low as a result, despite the already large supply,” says Savills.

Another factor is that rental growth has slowed over the past few quarters – perhaps signalling a potential threshold as to what tenants are able to pay. Savills says another caveat includes the upcoming pipeline of projects, which could destabilise the current status quo if the glut of supply weakens both vacancy rates and rental growth in the sector.

In Greater Tokyo, the large amount of new supply seen in 2020 appears to have carried on in 1H/2021, with over 1.3 million sq m of new space introduced to the market. The largest completion of significant scale (exceeding 100,000 sq m in GFA) in the first half of 2021 was the Mitsui Fudosan Logistics Park (MFLP) Funabashi III in Chiba – completed in June 2021. The facility has eight floors and a GFA of over 270,000 sq m, and was the third and final instalment of the MFLP Funabashi town-type facility development.

Indeed, in addition to equipping the facilities with state-of-the-art technology and systems, Mitsui Fudosan has gone to lengths to make the area feel like a town. The facilities are located close to a JR station and have large shopping malls and other amenities nearby. These considerations will undoubtedly make it easier for such large developments to attract workers in a sector where labour is scarce.

There are multiple large-scale projects in the pipeline for Greater Tokyo. Two developments that are planned to be completed later in 2021 will both have GFAs greater than 300,000 sq m. Furthermore, 2022 and 2023 are projected to have more than 20 developments with GFAs greater than 100,000 sq m each. However, most of these developments appear to be well spread out over different areas and are taking place in convenient locations such as expressways, making it easier for the market to absorb these high levels of supply.

In Greater Osaka, the pace of new developments being added in 1H/2021 has already outstripped that of the previous year, with the amount of GFA added in the first half of 2021 already at 75% of the total supply added in 2020. A few new developments with GFAs of more than 100,000 sq m completed this year include the Logista LogiCross Ibaraki-Saito (Building A) and the LOGIFRONT Amagasaki II.

The latter is a Built-To-Suit (BTS) facility that is reported to have customised airconditioning systems and storage space to fit the tenant’s needs. It is worth noting that many other developments along the bayalong major completed this year are reported to be BTS facilities that will likely have longer lease terms, showing that demand in the region should remain fairly strong in the mid-term.

Greater Osaka is forecast to have record levels of supply in 2021, even surpassing the sum of supply seen in 2019 and 2020. For instance, Prologis Park Inagawa 1 and 2, both scheduled to be completed in the latter half of 2021, are two of the largest facilities to be built in the region and will have a total GFA of 370,000 sq m between them. Located in Inagawa Town, Hyogo – a convenient commute from Osaka and Kobe – the facility is expected to be able to attract labour needed for its operation with its proximity to residential communities. Further down the line, a new development in 2025 is GLP ALFALINK Ibaraki, which will add 320,000 sq m of GFA to the market. 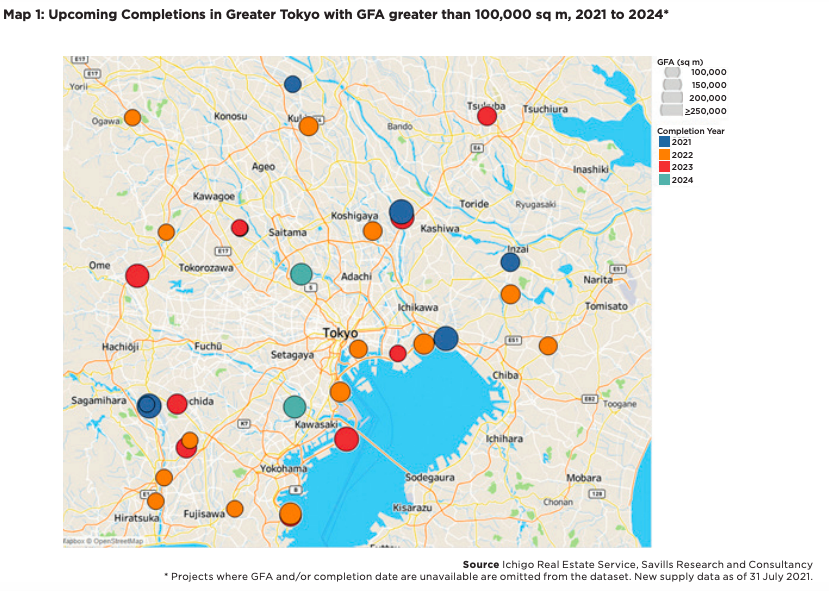