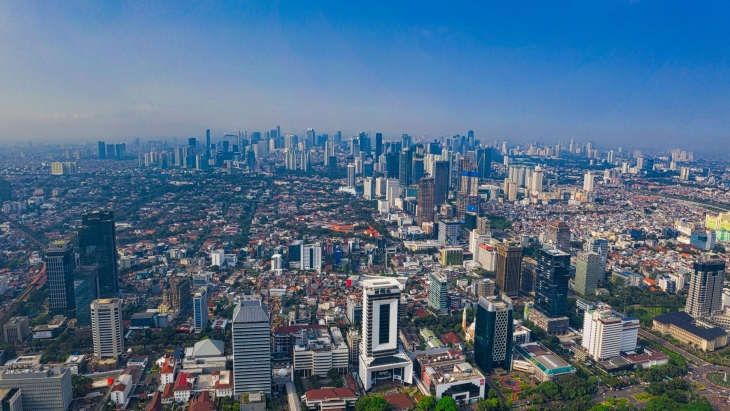 A bumpy road to recovery looms for Jakarta’s apartment market

The demand growth in the market remains sluggish, making it hard to revise the asking prices.

According to Colliers, Bank Indonesia has cut its benchmark rate aggressively since mid-2019 by 250 basis points, from 6.0% to 3.5%. This then should have been translated into lower mortgage rates in 2021 to accelerate property sales but in fact, the loan interest rate still remains relatively high in general.

Thus far, Colliers still sese that investors opt to take a wait-and-see approach. High liquidity has been apparent during 2020 but unfortunately, it was unable to stimulate the economy into rejuvenation, as evidenced by deceleration of the loan growth due to sluggish economic activities. As such, the government was exploring the further deployment of incentives into sectors which carry a high multiplier effect, including the property sector.

Bank Indonesia relaxed the LTV regulations for mortgages, now up to 100%, and removed the stages of mortgages disbursement regulation for indent property. We think the new mortgage disbursement regulation will impact project acceleration as developers will receive the 100% payment in advance before the project is completed. Nevertheless, the impact on apartment demand would not be significant as the bank would stick to at least a 10% down-payment to avoid the debt if it becomes a non-performing loan. The lower down-payment coupled with low interest rate are positive to support affordability, which is what the government has been trying to push with its LTV relaxation. Further, the low-rates benchmark is expected to lower time deposit rates, making property a more attractive alternative investment.

The government through the Ministry of Finance has set out a new regulation number 21/PMK.010.2021 for VAT incentive. The incentive scheme applies to apartments and landed houses (residential) priced below IDR5 billion, with breakdown as follows – 100% VAT waiver for residential priced below IDR2 billion, and 50% waiver for residential priced between IDR2 and IDR5 billion. The incentive scheme begins this March and will last for six months, ending in August 2021.

Apart from price limitations, the VAT waiver applies only to primary apartments/houses which have been completed (only for ready-stock units). As such, we are of the view that the impact on presale projects will be limited.

Two new projects were launched in early 2021, namely Apple Residence 3 and B- Residence Grogol. There are also two other projects that were introduced during  Q1, including Apple Residence 5 and The Veranda at Lebak Bulus. In total, 1,542 additional units will be brought by those projects. Most of them are located in South Jakarta in the Lebak Bulus area, which provides immediate accessibility to the MRT.

On the contrary, there were no projects completed during Q1 2021; thus, the total supply remains at 215,291 units. From the likelihood of construction progress, we anticipate the handover of some projects in the second or third quarter of this year, eyeing the government’s new stimulus programme for the residential property sector, including VAT exemption on existing ready-to-use projects with price below IDR5 billion until August 2021. Developers are expected to be able to boost their sales performance during this period.

The resurrection of the property market this year will very much rely on the success of the vaccination programme that has been initiated. This is expected to lead to a gradual recovery as more projects have been initiating construction progress and more units are targeted to be completed this year over 2020.

In the last two consecutive quarters, the average take-up rate of apartments in Jakarta had been decreasing. In Q1 2021, the average take-up rate has been slightly contracted by -0.12% QOQ (+0.08% YOY) to 87.1%. Same as in the previous quarter, the decline was mainly caused by newly completed projects with an absorption rate of below 10%. Similarly, sales performance of under-construction projects also decreased moderately by 0.5% QOQ (6.04% down YOY) to 58.2%.

Overall, the absorption of strata-title apartments in Jakarta was only 420 units during Q1, which is relatively lower than sales in the previous period. This indicates that buyers are generally cautious over the current conditions and withholding purchasing.

Many offers are being given by developers to appeal to more buyers. Developers are tending to extend their programmes from last year as they have found it effective to boost sales. Based on our findings, in order to maintain buying motive, giving direct discounts and being more flexible in the payment terms is quite effective for some projects. Even further, some projects have decided to extend the tenure of payment holiday as well.

Sales performance of mid-low class apartments has been more resilient than the upper classes segment; thus, investor-type of buyers with budget concerns are shifting from purchasing upper to lower class products with smaller size of units as it is easier to find tenants under the current conditions.

With many relaxation programmes that have been rolled out by the government, we found some less expensive projects, particularly those within the price threshold to enjoy the VAT discount, that are able to lure more attention from buyers over the more costly ones. On a positive note, with regard to foreign ownership over property in Indonesia, the government has clarified that foreigners do not necessarily need to be residents of Indonesia to be able to purchase an apartment. This would encourage the overall market sentiment for the residential property market in Indonesia; however, we think that the impact will not be significant as this market is still small compared to the local market

Still a hard time for developers to revise their asking prices

Many developers set their stance to maintain asking prices in response to the sluggish sales performance. The average asking price has been standing at IDR35.01 million (0.13% QOQ or 0.28% YOY). Only a few projects with decent sales performance or construction progress have revised their prices. Moreover, the VAT incentive rolled out by the government will likely give downward pressure for prices to increase as the under-construction projects will give their best prices to entice potential buyers.

Further, we are of the view that after the VAT incentive period ends and some developers are expected to achieve their sales target, prices will gradually increase. Furthermore, with higher land prices and increasing raw material costs, developers will need to adjust their prices upwards.