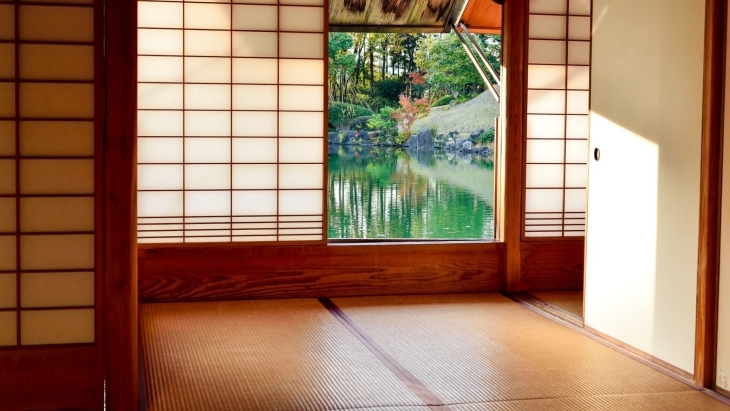 Having corrected last quarter, rents in both the 23W and the C5W have again declined, and now find themselves at their lowest levels since 2018. In fact, average rents in the former are marginally lower than what was observed in 2008 – a clear sign of the negative market sentiment at present. Ultimately, the continued population outflow from the capital since June 2020 has taken its toll on Tokyo rents.

The overall population of Tokyo prefecture has decreased since its peak. Yet, looking a little closer, the changes vary significantly depending on location. For instance, while the 23W has seen an influx of people, the populations of cities outside the 23W have remained flat. Indeed, this trend is to be expected given the high levels of remote work that have persisted throughout the pandemic.

More specifically, many large companies have continued to implement some form of remote work, and this has provided an impetus for younger office workers in particular, who live in the 23W, to move to areas with cheaper rents or move back in with their parents. Even so, this trend could see a reversal of sorts once the risks of the pandemic recede, with many companies likely to reduce the extent of remote work and welcome employees back to the office.

On a positive note, the Japanese economy is exhibiting signs of recovery. According to a survey conducted by the Cabinet Office, consumer confidence has notably increased over the past quarter, and unemployment has also decreased from 3.0% in May to 2.8% in August. Furthermore, the vaccination rate in Japan has been steadily rising, and it is now higher than in the United States. In truth, it will likely have one of the highest rates in due course, given Japan’s strong peer pressure culture.

Much like the previous quarter, the correction in rents this time around was less marked in the C5W, and its premium over the 23W has inched up by 0.3ppts QoQ to 17.9% (Graph 2). Despite this slight expansion, the gap remains the tightest since 2017. In general, the spread between less expensive regions and the 23W at large has also narrowed considerably when compared with previous years. In the mid-term, however, the C5W is likely to see its premium expand once more compared to other regions, underpinned by the multiple redevelopment projects in the pipeline that will make living in the area more attractive. 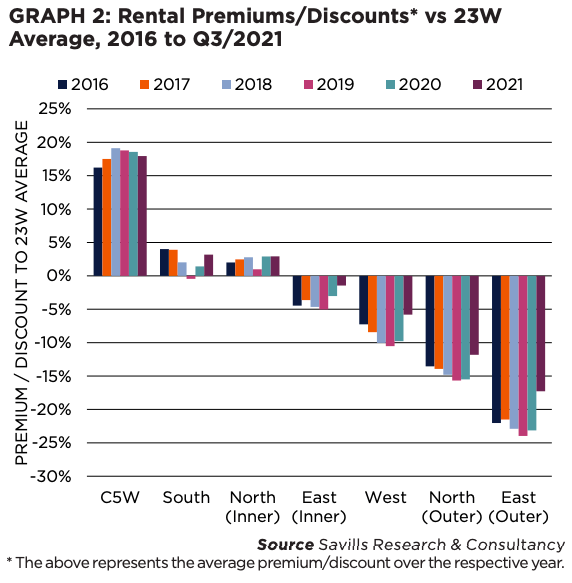 Average multifamily asking rents in the 23W decreased by 0.9% QoQ in Q3/2021 and now sit at JPY3,929 per sq m. In fact, rents have seen such contractions for many quarters, resulting in a 3.6% drop over the year. Broadly speaking, while all submarkets have slumped slightly, the decline this quarter was less prominent than what was seen in the previous quarter, suggesting that these corrections may be slowing somewhat. It should be said, however, that the population movement from the 23W to other regions in Greater Tokyo is likely to continue for the time being.

Overall, on an annual basis, the trend of larger declines in more expensive submarkets like the C5W and the South, as well as less expensive regions like the Outer East experiencing increases in rents, has persisted. Indeed, the value of living closer to the city centre has been diminishing.

Get the full report here.