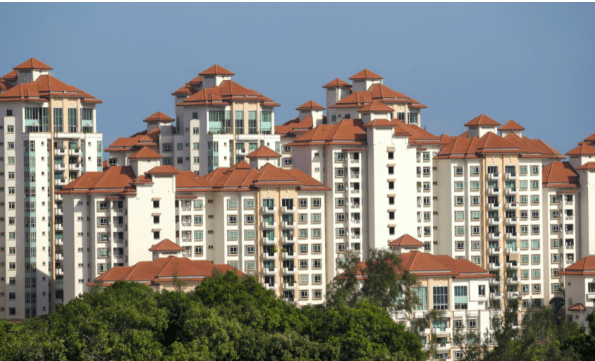 Is Singapore up for another residential en bloc sales boom?

According to JLL, the last residential en bloc sales boom from 2017 to mid-2018 remains fresh in our minds, so it may be a surprise to many to hear of a possible revival in this market after only a few short years (en bloc sales comprises collective sales and other private property sales for development purposes).

While it raises hopes among owners of potential en bloc sales projects, it is likely to spark unease among policymakers, who only, in 2018, had to contend with rising private home prices and upward spiraling land prices which ultimately culminated in their decision to impose cooling measures in July, that same year.

In the first half of 2018, the residential en bloc sales market was still robust, enjoying SGD 10.3 billion in sales value, but after the cooling measures were tightened in July 2018, sales value plummeted to only SGD 413 million in the second half of the year. Residential en bloc sales slowed further to SGD 174 million in 2019 but improved to SGD 681 million in 2020. In tandem with the imposition of cooling measures in July 2018, the government land sales (GLS) for residential sites were cut from 4,335 units on the confirmed list in 2018, to 2,875 units in 2019 and 1,930 units in 2020.

While total land sales fell from 2018 to 2020, the private residential primary sales market strengthened, with 8,795 new homes sold in 2018, rising to 9,912 units in 2019 and 9,982 units in 2020. The consequence was unsold inventory comprising both unsold completed and uncompleted private residential units, falling steadily from its peak of 37,799 units in 1Q19 to 24,341 units in 4Q20. Developers whose projects are gradually selling down, are seeing their unsold inventory declining and many have proactively begun sourcing for sites to replenish their land banks.

The strong private residential sales momentum of 2020 has carried over to 2021 as reflected by the 1,632 new units sold in January, the highest sale recorded for the month of January, in eight years. Following the 2.2% rise in the URA residential price index in 2020, private home prices are expected to increase at a firmer pace this year. Sustained healthy sales will lead to unsold inventory declining further, possibly falling below 20,000 units by the later part of 2021. Residential GLS remained low key in 1H21, with a supply of only 1,015 private homes on the confirmed list.

In October 2020, 15 bidders contested for the Tanah Merah Kechil Link GLS site which fetched a top bid of SGD 930 per sq ft per plot ratio (psf/pr), the strongest bidding participation since The Garden Residences site at Serangoon North Avenue 1 found 16 developers fiercely contesting for it in July 2017. The keen interest in the Tanah Merah Kechil Link parcel is probably indicative of a growing demand for residential sites. The next residential GLS tender closing will be that of Northumberland Road on 27 April 2021, followed by Ang Mo Kio Avenue 1 (25 May), Tengah Garden Walk executive condominium site (25 May) and Jalan Anak Bukit (29 June).

Faced with healthy transaction volumes, rising prices, declining unsold inventory and a limited number of residential GLS sites available, the only recourse for developers is to consider sites offered in the private land sales market. The demand for residential en bloc sale sites has picked up since 2H20 resulting in numerous sites being sold.

NEV brands are looking for space in markets such as Tokyo and Seoul.
Commercial Retail
Jakarta office rents in a free fall since 2015

There were no new projects launched in Q1 as developers focus more on selling existing ones.
Bangkok office vacancy to hit 10-year high by end-2021

Weak pre-commitments are expected to drive vacancies to reach 14.5% this year.
Hong Kong residential sales to hit up to 62,000 this year: Knight Frank

The weighted average capital city median price for houses increased by 6.8% in Q1.
Residential rents in this Singapore region grew the most in Q1

Rents of non-landed homes in this region increased 2.9%.

Hong Kong residential sales to hit up to 62,000 this year: Knight Frank

Residential rents in this Singapore region grew the most in Q1