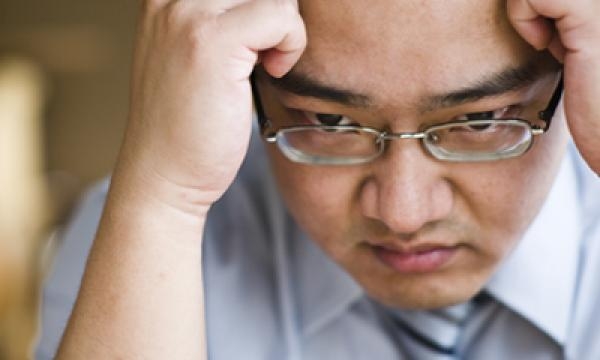 Japan now has a record supply of new hotel rooms that will be left empty as international visitors decline 76.3% over the first half of 2019.

According to Savills, 2020 was a year of high hopes for the Japanese hospitality market. Emboldened by the Tokyo Olympics and the rapid growth of tourism since 2013, the national government had originally aimed for 40 million overseas visitors for the year. These hopes have undoubtedly been dashed by the COVID-19 pandemic, with just four million visitors entering the country in the first half of the year – a 76.3% decline over the first half of 2019. As would be expected, the vast majority of these visitors entered the country in January and February, prior to any significant border closures, with only 2,600 recorded entries in June. Indeed, Japan is effectively as closed off as it was during the isolationist Edo Period, creating an unprecedented challenge for hoteliers.

Moreover, with record room supply entering the market in 2019 and 2020, the COVID-19 crisis has arguably come at the worst possible time. Soaring inbound tourism and the upcoming Tokyo Olympics prompted a spate of new developments from 2017 to 2020, mostly in the budget and limited-service hotel subsectors. Fortunately, supply looks set to cool significantly in 2021 and beyond. Operators capable of weathering the storm until then may find themselves in a more advantageous position when the dust settles.

Indeed, despite these grim statistics, there are bright spots for the market, even in the short term. Domestic tourists accounted for 84% of overnight stays in 2019 and spending amongst this group actually grew at a higher rate than overseas tourists during the year. The country emerged from lockdown in mid-May and domestic travel has seen some recovery, providing a buffer for operators. This should be further bolstered by the government’s “Go To” travel campaign implemented on 22 July, which is subsidising nationwide travel.

In the end, hoteliers are in for a long slog to get through the crisis and there have already been some casualties within the budget hotel subsector, with weakly-capitalised, newer operators such as WBF and First Cabin filing for bankruptcy. Larger, more-established players appear to be faring better and some have even doubled down on the current market. APA Group, for instance, has indicated that it would aim to more than double their hotel market share. We can therefore expect to see further consolidation in the hospitality market, which should present lower-risk opportunities to investors once the market recovers.

DOMESTIC DEMAND OFFERS A LIFELINE
Although inbound tourism has been an important catalyst for the growth of Japan’s hospitality sector, domestic travellers still claim the lion’s share of demand, accounting for 84% of total nights stayed in 2019. Domestic tourist spending grew by 3.6 trillion yen from 2014 to 2019, with year-on year (YoY) growth actually outpacing that of the inbound segment in 2019. That said, inbound tourists tend to stay longer and spend more money. As such, the absence of inbound demand is more impactful on a per capita basis.

Meanwhile, the number of outbound travellers has been increasing since 2015, reaching a historic high of 20 million in 2019. More than 70% of these travellers reportedly did so for leisure purposes. Given that global travel restrictions will likely remain in place for the time being, a significant portion of this demand – potentially equivalent to the total spending of inbound tourists – should be redirected towards domestic travel. Indeed, according to a survey conducted by Travelzoo Japan in May 2020, 65% of respondents indicated that they would travel domestically during the three months after Japan’s soft lockdown.

Although Japan’s economy has taken a significant hit through the first half of the year, the national unemployment rate is still very low compared to regional peers – even edging downward from 2.9% to 2.8% from May to June. The country’s sound job security should give residents some financial leeway to travel domestically, in addition to supporting the relatively nascent “workcation” trend. That said, the recent uptick in new coronavirus cases may be causing some to reconsider travel plans for the time being.

Regardless, the government’s “Go To” travel campaign should serve to drum up some demand. The program provides subsidies of up to 50% of the costs for domestic transportation, hotels, restaurants, tourist attractions and shopping for trips made after 22 July, with the amount capped at 20,000 yen per person per night. However, with a sudden increase of new coronavirus cases in the capital, it was announced that travel to and from Tokyo Prefecture would be ineligible for the program just days before its implementation.

Despite the exclusion of Japan’s largest market, the government has announced that two million travellers have taken advantage of the program during its first month. The campaign is scheduled to end in January 2021, or earlier if the 1.7 trillion yen allocated for the program is fully utilised before then. In the meantime, the government is discussing whether to add Tokyo to the list of eligible locations as early as September. This now appears likely given that new COVID-19 cases have begun declining in the capital. Tokyo’s addition should significantly boost the impact of the campaign.