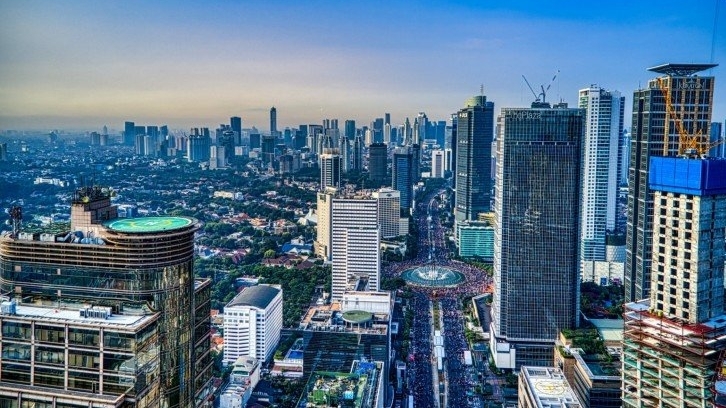 Between 2010 and 2015 rents in Jakarta more than doubled and then subsequently tumbled by 30% over the next five years.

To fully appreciate this, both average rental movements and the variability around that average need to be considered. Analysing both of these indicators simultaneously produces the Rental Variability Index.

“It is inherently understood that some markets are more volatile than others, though that variability is often only considered on a year-to-year or quarter-to-quarter basis. Analysing this variability through the lens of a weighted average lease term provides new insights. Taking continuous data from Q1 2010 to Q4 2020 the rolling average differences in market rent and expiring lease term rent were compared,” says Cushman & Wakefield.

Here’s more from the report:

Over the past decade markets such as Brisbane, Kolkata and Tianjin have on average posted declines — that is market rents are below expiring rents. There are a variety of reasons for this, such as market softening or that annual rental escalations have been higher than observed market rental growth, or both as seen in Brisbane.

In contrast, Bengaluru, Hyderabad and Bangkok have all seen ongoing rental growth in excess of any rental escalations. In these circumstances, occupiers have seen a substantial increase in costs on signing new leases averaging up to 40%. Longer lease terms in these high-growth markets serve to exacerbate the problem as market rents exceed escalations over a longer period, resulting in a higher degree of under-renting.

With respect to variability in these results, some markets such as Taipei, Manila, and Mumbai post relatively consistent levels of growth or decline over an average lease term. In Taipei, rents have escalated by an average of 2% over the observed lease terms with a range of just 6 percentage points (-1% to +5%), while in Manila they have averaged 14% with a range of 10% to 16%. In contrast, Jakarta shows the most extreme variability with an average rental escalation of 38% but this ranges from a decline of 29% to an increase of 154%. Similarly, in Beijing the average is 18% with a range of -15% to +124%.

Combining these two elements produces the Rental Variability Index. Jakarta sits at the top of the list as being the most variable market regionally. Between 2010 and 2015, rents in the city more than doubled and then subsequently tumbled by 30% over the next five years as large amounts of new supply came to market. Depending on when occupiers had to sign a new lease, this could have resulted in significant cost increases or cost reductions. Wuhan takes second place, due to steep rental growth from 2010 to 2013 which saw rents increase by almost 100% over the three-year period, with some rent decline over the last two years. Beijing, in third place, has seen a similar rental growth trajectory but with lower average change.

Markets at the other end of the list, those which are least variable, include Kolkata, Taipei and Delhi. Of the three, Kolkata has on average experienced rental decline over an average lease term with very little variability. Whereas Delhi and Taipei have shown modest rental growth, but again with very limited variability.

Of course, using data from 2010 to present penalises markets for past variability, when they may have become more stable in recent years. To account for this, the model was rerun for 2017-2020 only. Ho Chi Minh City, Pune and Hong Kong now take the top three places. For Ho Chi Minh City and Pune, this reflects their strong recent rent growth. Average under-renting in Ho Chi Minh City was 24%, but with a range of 9% to 38%, mainly due to the completion of new stock for which landlords are charging higher rents.

In contrast, Hong Kong went through a period of rent growth of around 13% to March 2019, which has then been followed by rent decline of 20% through to December 2020.

There is less change in the low variability markets with Taipei and Kolkata still represented in the five least variable markets, joined by Tianjin, Dalian and Kuala Lumpur. Wuhan also drops down the ranking list, reflective of its ongoing, steady rental decline over the past three years.