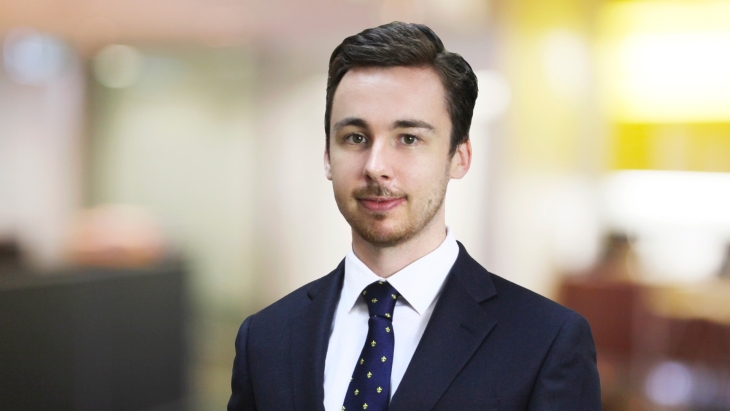 Discounts and promos played a major part in keeping the market steady.

Like its neighboring countries in Southeast Asia, Thailand has been greatly affected by the ongoing pandemic. Restrictions remain, and many of its expat occupiers have yet to make a return to their properties. Overall, however, Thailand has been faring better as landlords were reported to have given remarkable discounts to tenants. For residential offerings, promos have been offered and it was observed that landed housing has been on the rise in the past few months.

Speaking with Savills Bangkok Thailand Head of Professional Services Jeremy O’Sullivan, he said that the country has an abundance of space in almost all sectors of the real estate market. This helped the industry maintain its prices throughout the past year and is continuing to offer similar packages this 2021.

The challenge for landlords in the commercial sector, however, is how to compete with newly launched spaces that are offered at the same price point as older listings.

“It can be very sensitive in Bangkok because we do have so much choice, not everybody can win,” he said.

“There's going to be a huge amount of competition in the office market. We think that rates will continue trending downward, because older office buildings are going to have to offer benefits for tenants looking to remain or to attract new tenants,” he added.

O’Sullivan said that Savills saw an average of 4% drop in occupier prices in the past year.

With new cases of COVID-19 hitting Bangkok which may continue to worry businesses in the coming months, he said that a return to office scenario may be possible by Q4 of 2021.

“We saw approximately 5 percentage point fall off during 2020, and we do expect occupancy rates to continue trending downwards over the next few years,” he said.

“Some organizations found that it's preferable for them to remain in office and to keep working on a Team A and Team B basis.

Overall, the market has been very mixed, but it's possible that we may see a bigger return to office in Q4,” he added.

It was observed that there has been a drop in leasing activity in Bangkok. Although space remains available in the office market, occupiers and tenants are taking a more cautious approach as to when they will make their move to new office spaces.

“Most occupiers are taking a ‘wait and see’ approach at the moment. We've seen a very sharp drop in general leasing activity where we had been expecting tenants to be lining up or move into a new office space. In general, we've seen this greatly paused across the Bangkok market,” he said.

Bangkok is widely known as a fashion city in Asia. According to O’Sullivan, this appeal has not ceased during the pandemic, which has helped to maintain leasing activity and demand for retail space.

International brands have continued to plan for their market entry strategies and remain confident on the success of Thailand’s long-term outlook.

Whilst retail did drop in activity, e-commerce, in particular, helped stabilize this sector by contributing an increase of 35% in sales last year.

“Thai people have a very strong culture of retail. In provincial areas, Bangkok, and in every major city, retail malls are utilised as a social gathering place. They are really critical in cities. We do expect that retail stores ‘bricks and mortar’ will remain important to anybody entering this market. Investing in bricks and mortar for newcomers into the market or those expanding will continue to be important.” he said.

“Like every other developing country and those more developed markets, e-commerce is entering and it's growing. It is going to take up a bigger share of total retail transactions year by year. We saw a 35% jump in 2020 directly because of the pandemic, which really accelerated that trend,” he added.

Whilst Bangkok is seen as generally fairing well in the retail sector, he said that there are also retailers which are not doing well.
In big shopping centers such as the Siam Paragon, businesses are surviving, but the same is not the case for those situated in other areas.

“Bangkok is a hub for fashion, it's a hub for all types of retail. Though, on the flip side, it does mean that there are some malls that will continue to suffer which may not hit the market,” he said.

“Much like how I reported for the office sector, if we're talking particularly for Bangkok market, there are really winners and losers when it comes to locations. Very big malls like Central World and Siam Paragon will continue to maintain their rates of occupancy,” he added.

To alleviate this, Savills said that they received reports that discounts were given to tenants, from as low as 20% to as much as 100%, the latter being the case when a total lockdown was set in place in the city.

In addition to these retail stores, he also said that the food and beverage industry helped improve the occupancy rate in Bangkok.
Savills sees this trend to remain as both international and local F&B groups continue to take up space within Bangkok.

“One of the main drivers of that slight growth in occupancy that we've seen was food and beverage. Retail is a key social location for Thais. These continue to expand because Thai people love to spend time in the shopping malls, and we do expect this trend to remain,” he said.

Uptick in the residential market

The residential market in Thailand also improved as discounts and promos were offered to home buyers.

According to O’Sullivan, they saw as high as 50% discounts on some units, whilst some offered cars as a bonus for the purchase.

This, however, was not the main selling point of these properties. Savills observed that there has been an increase in interest in landed housing, townhouses, and second-hand properties.

“We saw huge discounts that reached up to 50% on some units. They were giving away cars or ‘buy one get one free’ promos were up. These were the types of sales and discounts that were available and it worked very well,” he said.

“We saw that houses, landed houses, and townhouses increased in popularity. We have seen developers entering that space a lot recently as well. In terms of the secondhand units for resale, there is a lot on the market. This has been partly because of expats leaving the country or those re-looking at their portfolio and trying to reduce their total amount of property they have,” he added.

This interest in various types of residences can be partly attributed to commuters who are looking further out from the city center where they are able to afford larger property.

Whilst Savills is foreseeing that development in the residential sector will slow down, current projects have been specifically catered to the changing market in Bangkok.

“What we've seen now is that those developers have slowed down their pipelines. So, we are not going to see as much residential development year on year in Bangkok for quite some time, but we also observe where they are developing. They're being much more careful with their targeting,” he said.

“They're really going for the real demand. Young commuters want to be on a main street or on a train line to give them easy access into the city center. So, overall, we've seen that the performance of the developments has been particularly good. Once the economy picks up, we are probably looking at a healthier residential market here in Bangkok,” he added.