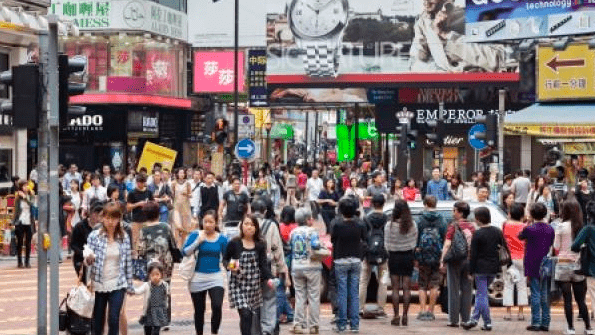 Retail sales in Hong Kong increased 7.3% year-on-year in July and August as the low-base effect resulting from last year’s sharp downturn continued to fade. However, CBRE says the City’s successful containment of the pandemic and relaxed social distancing measures underpinned improved retailer sentiment during the quarter, leading to an uptick in leasing transactions.

Core districts saw increasing street shop vacancies despite a healthy leasing momentum in Q3. Mong Kok saw the biggest increase of 2.9ppt to 18.9%. On the other hand, vacancy in Tsim Sha Tsui fell 2.9ppt to 20.3%. Leasing demand continued to be led by F&B and casual wear brands.

Lawrence Wan, Senior Director, Advisory & Transaction Services – Retail, CBRE Hong Kong, said: “The retail sector is recovering at a slow pace, with the Food and Beverage industry continuing to contribute significantly to leasing demand, followed by personal care and cosmetics retailers as well as casual wear brands, which combined to account for 32% of the leasing volume in Q3. New brands seen in the market are mostly low to mid-range restaurants in neighborhood locations. Despite improved leasing momentum, vacancy rates in the core districts will remain at a high level for longer as it takes time for the expectation gap between landlords and retailers to further narrow.”