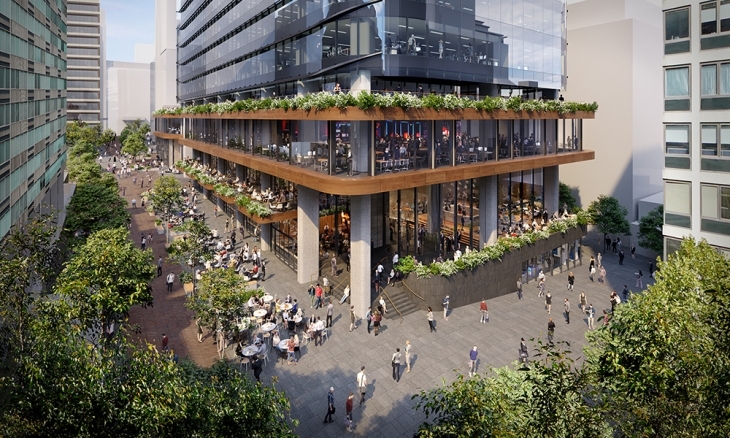 However, JLL says the short-term supply pipeline is limited with only one project currently under construction – the mixed-use development at 88 Walker Street, comprising 13,000 square metres of office space.

The first significant development relating to the metro is the Victoria Cross above-station commercial tower. Lendlease received development approval in 3Q20 for the 60,000 square metres (42-storey) building, which will be able to house up to 7,000 office workers. The approval was announced as part of the New South Wales (NSW) Government’s fast-tracked projects, referred to as the ‘Planning System Acceleration Program’. This initiative is designed to support economic growth post COVID-19.

In addition, North Sydney Council announced the Ward Street Masterplan in 2019. The Ward Street Precinct is adjacent to the Victoria Cross Metro development. The NSW Government has also approved a new pedestrian portal for Victoria Cross Station to the North of the precinct.

The Ward Street Masterplan aims to make North Sydney Centre a more attractive, sustainable and vibrant place for residents, workers and businesses. The plan includes introducing new office developments to accommodate the forecast commercial demand, improving the connectivity to public space via redeveloping the central plaza as well as the plans of new pedestrians.

North Sydney Council has been implementing a long-term strategy for the evolution of the North Sydney CBD. A key cornerstone of this strategy is increased connectivity across the market via improved walkways and plazas, through new developments such as Victoria Cross and Ward Street. These continued investments in North Sydney such as through the Sydney Metro will support the growth of the office market over the long-term.