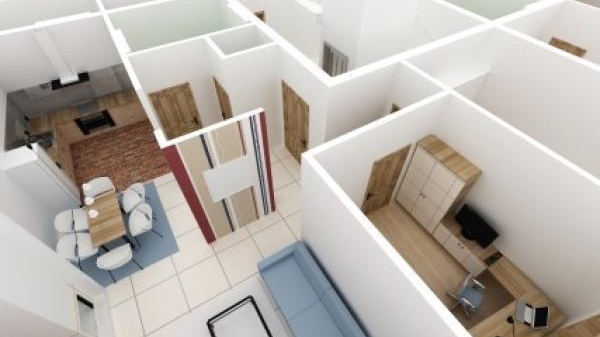 A recent report by Knight Frank revealed that prices of non-landed private residential units (excluding Executive Condominiums (ECs)) grew 9.9%** in 2021. This is the highest growth recorded since the 14% price hike in 2010.

There were 6,375 non-landed private home (excluding ECs) transactions recorded in Q4 2021*. For the whole year, Knight Frank said 28,795 units were transacted, some 57.4% more than the whole of 2020 despite recurring flareups of COVID-19 variants and changing restrictions*. Homebuying demand which had been encouraged by benign interest rates, will likely dampen due to the initial impact of the new cooling measures.

Prices of non-landed homes in the CCR rose by 2.5% q-o-q in Q4 2021, bringing the full-year increase to 3.7%. While the increase was the most moderate among the market segments, it was an improvement from the marginal drop of 0.4% in 2020. This early nascent price growth might be affected by the new cooling measures in the next two quarters or so as buyers can be expected to negotiate harder.

The RCR was the star performer of the year, eclipsing the other segments in terms of price growth and primary sale volume. The non-landed RCR price index spiked by 7.3% q-o-q in Q4 2021, contributing to an astounding 16.9% increase in 2021**.

New sales in the RCR thrived as a succession of popular launches were well-received by buyers. A total of 5,292 RCR units transacted in the primary market in 2021, 32.1% more than in 2020. This was also almost 10.0% more than the OCR and more than double the CCR.

Islandwide rental contracts of non-landed private homes totalled 84,161 in the first eleven months of 2021, 7.3% higher than the same period last year. The healthy volume of rental contracts was supported by a tight inventory of rental stock in the high-rise market.

Rental rates generally rose across all segments, increasing in the range of 5%-8% in 2021. Tenants will likely maintain their leases amid the uncertainties of travel through VTLs and open borders.

The imposition of new cooling measures has clouded the private residential market outlook after a strong run in 2021. Volumes and prices are expected to show tentativeness in Q1 and perhaps Q2 2022 before strong underlying fundamentals kick in to re-establish homebuying demand.

A lack of inventory will continue to underpin demand with 17,140 unsold units in the market as of Q3 2021, down from about 24,300 at the end of 2020. Owner occupiers, looking to upgrade and right-size, are generally unaffected by the ABSD revisions and will comprise the majority of buyers in 2022.

Stability can command a premium in today’s world. While the upward revisions in ABSD rates will be inhibitive on foreign buyers and residential investors for prime CCR properties, Singapore’s safe-haven status and current absence of a wealth tax will nonetheless continue to be compelling.

Overall private residential prices are projected to increase around 1%- 3% in 2022 considering the cooling measures and interest rate hikes. New sale volume could reach around 8,000 to 9,000 units with lesser launches in the pipeline.

*based on data available as at 4 January 2022. Figures exclude Executive Condominiums (ECs).

**based on flash estimates announced on 3 January 2022.